Who exactly is QAnon, and who’s side are they really on? 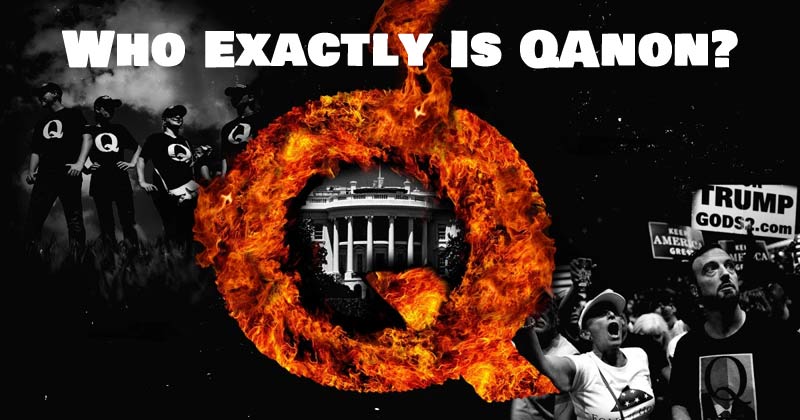 Who exactly is QAnon and what is the QAnon Movement? … Read the article and you decide.

When I first started hearing people talk about QAnon it was 2019. I had absolutely no clue who they were and what they stood for, but it was apparent to me it was a right wing group. Running a conservative Facebook group with 37,000 people brings in a lot of different perspectives. Many people in my group have dismissed them as crazy conservative conspiracy theorists, while others would post #WWG1WGA (when we go one we go all) in solidarity with the QAnon Movement.

Although it was not as well known and mainstream at the time, QAnon was formed in November of 2017 by a small YouTuber and 2 moderators from the online message board site 4chan. In the upcoming months, they started making videos, a Reddit community, a business and an entire mythology based off the 4chan posts of “Q”. Their theories eventually turned into QAnon, and it made its way from 4chan’s website all the way to global press stories and Donald Trump Rallies. Travis View, a writer, sums up their theory like this; “There is a worldwide cabal of Satan-worshiping pedophiles who rule the world, essentially, and they control everything. They control politicians, and they control the media. They control Hollywood, and they cover up their existence. And they would have continued ruling the world, were it not for the election of President Donald Trump.” QAnon has accused many Hollywood actors/actresses, Democrat politicians, and many high ranking officials of taking part in an international child sex trafficking ring. QAnon also coined the terms The Storm and The Great Awakening to refer to their theories. Their videos have become wildly popular on YouTube and Facebook, although in when people have shared them in my group The Unapologetic Republican, Facebook’s “Independent Fact Checkers” have labeled it “fake news”. Whether you think QAnon is a group of tin foil hat crazy people, or whether you think QAnon is exposing the real life corruptness of Hollywood and Washington DC, I invite you all to dig deeper into their content so you can make an educated decision for yourself. … COMMENTS BELOW ..

I think most of their theories are pretty dead on . Number one is why does Hollywood and the Democratic party want open borders. Sex trafficking through our Southern border .