‘Vote For Your Life’ Sponsored by Leftist Liberal Organization

‘Vote For Your Life’ Sponsored by Leftist Liberal Organization 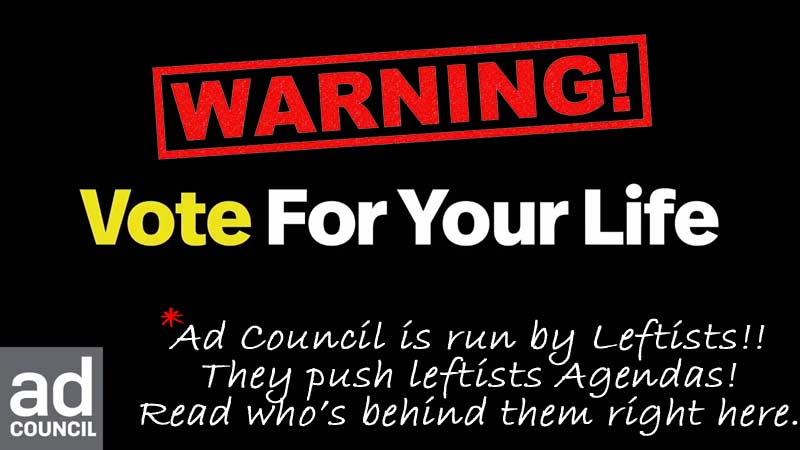 ‘Vote For Your Life’ is Sponsored by Ad Council. A Leftist Liberal Organization.

Ad Council is a major sponsor for the latest ‘Vote For Your Life‘ campaigns which is also backed by Viacom. Other supporters in the media community include VH1, MTV, Comedy Central, PlutoTV, Simon & Schuster, CBS, Broadway Green Alliance, Equis Labs and several others. Ad Council’s CEO & President is Lisa Sherman. Lisa Sherman has been very vocal in support of media outlets such as The Atlantic (a VERY Left leaning media outlet) while also promoting the shaming of “America’s role in dismantling systemic racism”. In September, she joined Rashad Robinson (https://twitter.com/rashadrobinson), president of Color of Change, when they spoke about ‘America’s systematic racism’ at an event known as The Atlantic Fest (brought to you by The Atlantic).

Rashad Robinson is known in some crowds as pushing anti-police rhetoric and racism toward non-blacks. For example, he put so much pressure on Google that the website host that used Google Cloud Services to host the Proud Boys website, pulled down the website and refuses to put it back up, That decision was solely based on the the complaints that the Proud Boys are Extreme Right White Supremacists . While many on the Left have labelled the Proud Boys as White Supremacists, the truth is completely the opposite and their actions speak volumes to the truth. First off, Enrique Tarrio, the international chairman of the Proud Boys, is black himself! When he was questioned recently by WSVN-TV out of Miami, his response was “I denounce White supremacy. I denounce Antisemitism. I denounce racism. I denounce fascism. I denounce communism and any other -ism that is prejudiced toward people because of their race, religion, culture, tone of skin.” Of course part of these accusations come because President Donald Trump refused to condemn then at what is known as the Charlottesville Hoax. 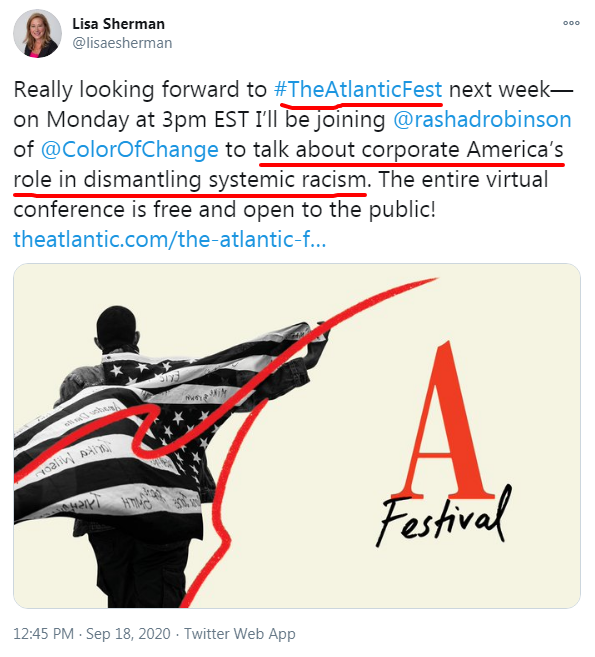 While The Proud Boys were present at that event, they were clearly there to protect regular Americans and back the American Constitution. There was also the presence of KKK and real Anti-Semitic Nazi White Supremacists, but they actually had the legal right (permit) to peacefully march on that day. The Proud Boys were there to make sure that THOSE extreme right people did not do anything out of hand. Antifa and other early forms of it were also present and we’ve all recently seen the violence that they will do. The Proud Boys were there to protect people just in case anything broke out and you can see that if you watch the videos that have made their way across the internet. But of course the Trump-Haters jumped all over the fake news, such as Rashad Robinson did when he pressured Google to remove the Proud Boys website from their cloud servers. Rashad Robinson has also recently referred to America as “built on stolen land, with stolen labor from communities who continue to be fleeced by racist policies.” Again, this is a person that has very similar beliefs and goals as Ad Council and its CEO & President Lisa Sherman. Who is behind the whole ‘Vote For Your Life’ movement. If you sit and watch Comedy Central or any of the other media outlets supporting this, you’ll see their commercials at almost every commercial break. They are indoctrinating young minds and are trying to hide it the best they can. But we know. People are not as stupid as they think.

You know the old saying; I think it goes something like the company that you keep openly shows others who you really are. Ad Council and their CEO Lisa Sherman are way Left leaning liberals and they are associated with other wacko Left Liberals who scream Racism and Hate towards President Trump at every opportunity, even if it’s completely uncalled for and/or an outright lie. …. What are YOUR thoughts? Please comment below.