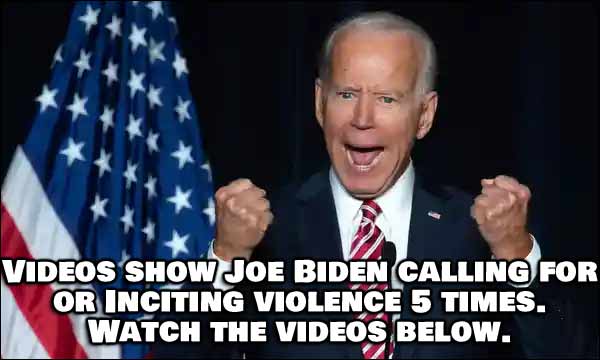 Well now, what is good for the goose is good for the gander. At least that is how the saying goes. So let’s apply that ideology to what we just saw happen to President Donald Trump, especially now that he is just a regular American Citizen; Just like you and I. The liberal Left ‘built’ their 2nd impeachment stunt based on ‘President Trump inciting violence by his speech’. When if appeared that this was going to fail, they extended their accusations to include many past Trump statements, all that took place way before January 6th, that had to do with ‘the stolen election’. The Left was then saying that it was ALL of Trump’s mentions of the stolen election, including the actual speech given on the 6th, that ‘incited the insurrection’. I just have to add that this was NOT an insurrection. An insurrection was 1776. If January 6th was a REAL insurrection, it would have been outright war everywhere, not just a few dozen dumb-asses. Again, think 1776 and the American Revolution. We didn’t approach the British with cameras in our hands back then, but that’s for a different article. We all know the real reason the Left is going after Trump, but again, that’s for even another article. We’re addressing here the ‘incitement’ that the Left STILL insists Trump created. But there’s a few kinks in their hose. There’s holes in their story. First off, we just saw the Senate acquit Donald Trump of the charges, so the subject should be done and over with, but of course the Left allegedly is still going to come after Trump both criminally and civilly. But what about the Left themselves? Do they get a free pass for doing exactly what they are accusing Donald Trump of?

Even though there have been a good number of Democrats who have incited violence on their own, we are just focusing on Joe Biden at the moment. Why? Because he is supposedly our ‘sitting President’ (excuse me while I gag and puke), and if the Left thinks they can attack ‘our President (Trump)’ without receiving the same in return, they’re nuts. Let’s look at the multiple times that Joe Biden has called for violence (VIDEO BELOW), even when he did it against a sitting President (which is a crime, and at a minimum, should have been investigated).

Here’s Joe Biden’s first call for violence (watch video below), it happened all the way back in November 2018. This time he literally threatens a candidate for a Republican Senate seat. The candidate’s name is Kevin Cramer and Joe Biden said (watch video below too) “I’d like to give him a high threshold of pain.” Listen to the entire statement in the video. He actually first states, in a different video, that a union official should show Cramer a “threshold of pain“. (That’s the 2nd video of Biden inciting violence). The third call for violence in the video is when Biden and a Detroit factory worker go head to head. Biden is heard saying right to the workers face “You’re full of shit!” and then states his challenge for violence by saying to the same man “go outside with me“. And then finally, are the two times that Biden threatened President Trump (a sitting President) with violence by saying “I wish I could take Trump behind the gym“, which was the stereo-typical place in school where kids would go to fist fight and settle their ‘issues’. In the last part of our video clip, Joe Biden, again referring to sitting President Trump, says “I’d Beat The Hell Out Of Him!” … Check out the video below, it’s all 5 clips sewn together into one … Then don’t forget to drop a comment or two down below.

I’ve got a broken back two bad knees two bad shoulders and a bone spur in my neck. And I.would like to take him behind the the gem and open a can of America on his as, he wouldn’t know what hit him..

Can even listen to him. He is a bore!