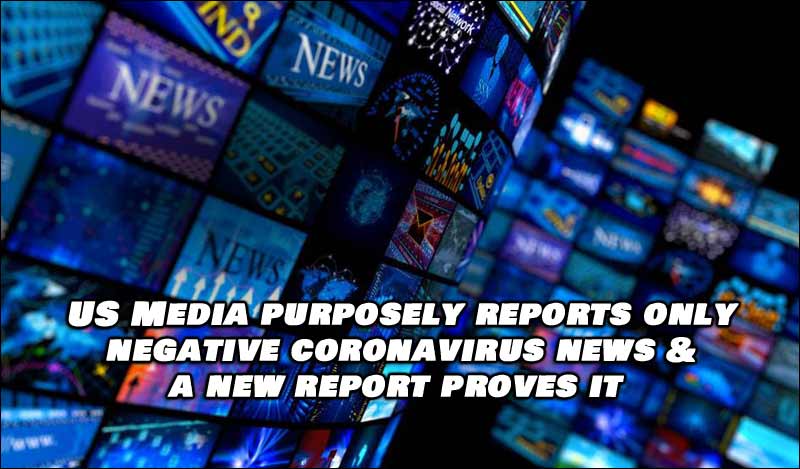 Back on February 18th, an article was published in the Oxford Mail, and it was titled “Scientists working on a coronavirus vaccine in Oxford“. The article went on to discuss a British vaccinologist and also professor at University of Oxford, Sarah Gilbert, was heading up a team of Oxford’s Jenner Institute scientists to rapidly develop a vaccine for the China Virus. I bet you did not hear about this back in the middle of November when it happened. The article mentioned above was very small, only about 200 words. It featured a small quote from Sarah Gilbert, and did not include any information about predictions on the possible death toll.

For many months, not a single US media outlet reported on her, or her teams goal for a rapid vaccine. When it was finally mentioned months later, the media immediately downplayed the success record of the Oxford scientists and researchers. Already the media was one sided, NEGATIVE attitude and portrayal. The media even doubted the possibility of a ‘rapid’ vaccine, telling the public it will take much longer. Yes, the media actually believed that they ‘outranking’ the actual scientists.

A report from the National Bureau of Economic Research stated “The earliest available (major outlet) U.S. story is from CNN on April 23rd and begins with a quote from England’s Chief Medical Officer Chris Whitty saying that the probability of having a vaccine or treatment ‘anytime in the next calendar year’ is ‘incredibly small.’ ” .

SO WHY ALL THE BAD NEWS? .. What’s going on with the US Media and their consistent reporting of mostly bad news when it comes to Covid-19?

A paper was released by NBER, titled “Why Is All COVID-19 News Bad News?”, and it used US media coverage of Sarah Gilbert’s (and her team) vaccine work as a case study. Their intent was to show a very large trend of the ‘unique’ way US media covered news about the coronavirus pandemic.

Bruce Sacerdote, Ranjan Sehgal, and Molly Cook authored the paper. They all reign from Dartmouth College and Brown University. They were able to analyze the ‘tone’ of all China Virus related news articles written from January first until now. They found a very glaring difference in the manner in which the US media covered the pandemic compared to media in other countries.

The authors’ conclusion was “Ninety one percent of stories by U.S. major media outlets are negative in tone versus fifty four percent for non-U.S. major sources and sixty five percent for scientific journals.”

This is not yet hard proof, because they needed to compare it to other ‘news stories’ rather than just trust it on pandemic news. It’s not like a very positive story such as someone rescuing another person in a heroic act. How did the US media treat news like that? So this begs to ask a clear question, ‘How did US media respond to positive developments?’.

“The negativity of the U.S. major media is notable even in areas with positive scientific developments including school re-openings and vaccine trials,” the authors found. “Stories of increasing COVID-19 cases outnumber stories of decreasing cases by a factor of 5.5 even during periods when new cases are declining.”

The flow of pessimistic news coverage was so obvious that James Freeman noted in the Wall Street Journal that the media mostly missed the amazing vaccine development story that took place right under their nose.

As you can find in the NBER report, it says that stories from the US media that discussed Trump and the drug hydroxychloroquine alone outnumbered ALL news stories about a virus vaccine, or any research and development that was taking place for a vaccine.

A new @nberpubs paper shows how US media created a climate of #COVID19 fear.

“Ninety one percent of stories by US major media outlets are negative in tone versus fifty four percent for non-U.S. major sources and sixty five percent for scientific journals,” the authors concluded. pic.twitter.com/wIXRQYiuKw