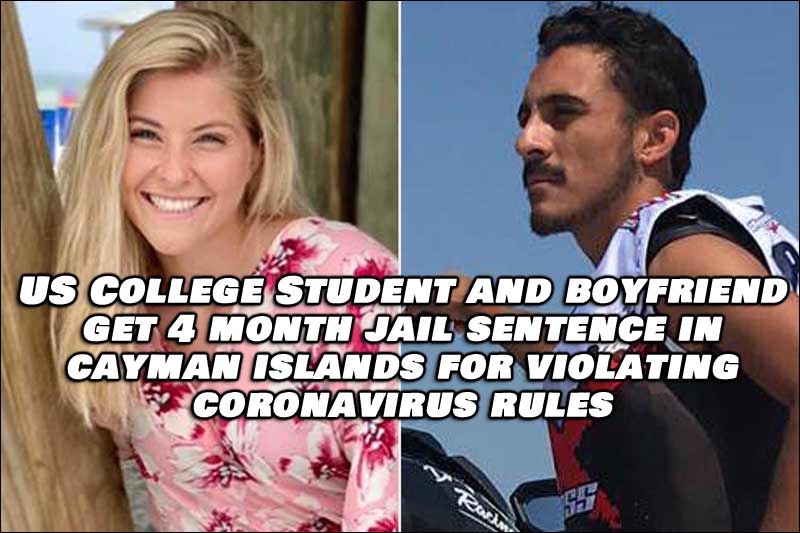 A United States college student and her boyfriend have received a 4 month prison sentence in the Cayman Islands for violating extreme COVID-19 measures following a recent judgement in which their lawyer states they plan to appeal. Their exact crimes? She broke quarantine after arriving, and he spent seven hours out in public without a face mask or social distancing.

Kylar Mack (18, of Georgia) and Vanjae Ramgeet (24, of the Cayman Islands), have been imprisoned since Tuesday, immediately following their sentencing. They both entered a guilty plea, but their attorney, Jonathon Hughes, said he will be fighting for a lesser sentence next week.

“They’re two young people who have never been in trouble before,” he stated while speaking via phone to The Associated Press. “This is the first time they’ve had interaction with police, the courts, prison.”

Mack is attending Mercer University as a pre-med student. She arrived in the Cayman Islands on Nov. 27 and was mandated to undergo a two-week quarantine. The government electronically tracks anyone who arrives in the British Caribbean territory. She ultimately broke quarantine on Nov. 29 upon her boyfriend picking her up to attend a water sports event.

Do you think their sentence is merited or do you believe this is government over reach? Let us know below.

Over reach of course. In when handbook in any agency does it call for mandatory masks? Show me the peer reviewed science proving masks to be effective. Show me where it says to quarantine healthy people. You cant because it does not exist. If you are under 70 years old the flu is a greater danger to you than covid 19 and that data is on the CDC website.