U.S. Leaves China In The Dust with future ‘Made In America’ Medical Supplies 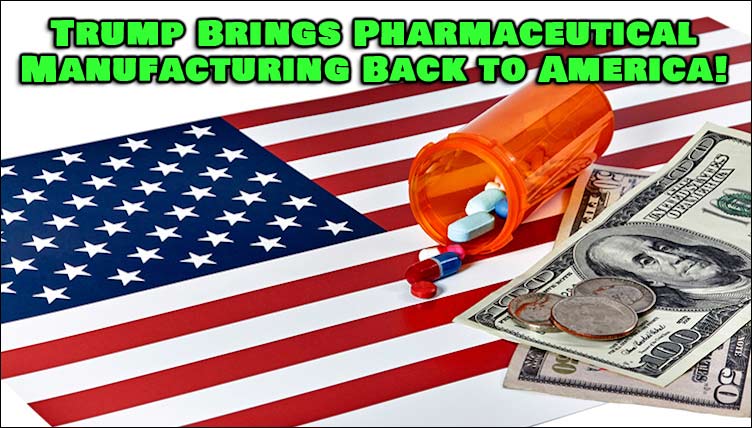 President Trump is bringing back Medical Supply Manufacturing to The United States, leaving China in the dust.

The United States relies very heavily on the production and manufacturing of many products in China. Why? Simple answer, CASH. It’s so much less expensive to produce almost anything in China. It stems from them paying their citizen workers very little amounts, and from cutting every corner possible. That is why many of the products that come from China are basically garbage. If it’s a product, it’ll usually break quickly and not last you long. Tools are some of the biggest pieces of crap that I have every touched. The list of things we rely on China to manufacturer for us, is almost endless. One of the largest products China makes for us is our medical supply chain. We rely on them very heavily for those things, and it’s been that way for quite a long time. That is until now. That is until President Trump stepped in. Trump told us years ago, even years before he considered running for President of the United States, that China was ripping us off in many ways. He already knew this, and told us this before his Presidency, and all during it.

Now that the Coronavirus hit, and we see the true side of China, it has obviously put President Trump over the edge. He wants, and I don’t blame him, for us to stop relying on China, and to make our own products within our own country. Yes, it will cost more, but the trickle down is worth it. It’ll create jobs, and the products will be made much better. One item category that Trump is very concerned with is our medical supply chain, and most of that right now comes from China. Trump is organizing contracts with American pharmaceutical companies to take over the role that China had.

One of those pharmaceutical manufactures is Virginia’s own Phlow Corp. The Trump administration said it has already awarded a $354 million contract to Phlow Corp so that they will manufacture a wide variety generic drugs and their ingredients, including medicines used to treat COVID-19. Again, all within the United States. Peter Navarro, a White House adviser stated “This is a great day for America. This has all of the elements of the Trump strategy. It’s made in the USA. It’s innovation that will allow American workers to compete with the pollution havens, sweatshops and tax havens of the world.” .. Me personally, I think this is awesome, and so should every other American. I can’t wait for us to leave China in the dust. Do you agree with President Trumps decision here?? .. COMMENT BELOW ..