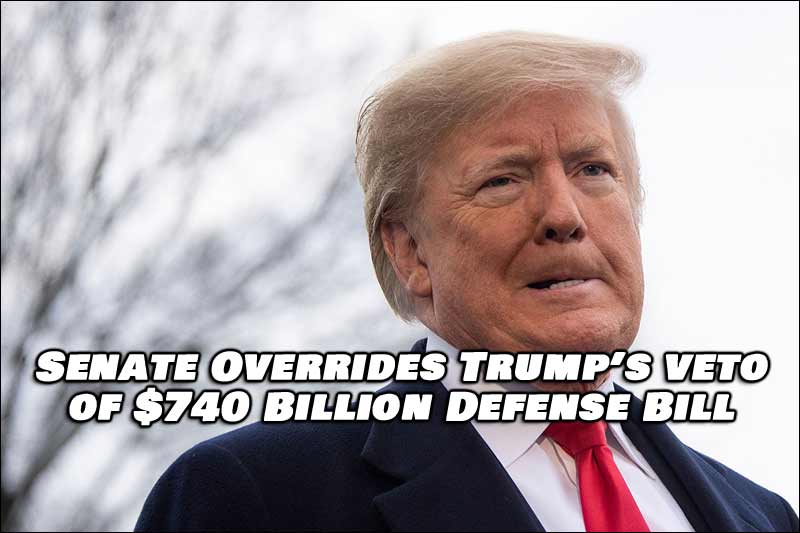 On Friday the Republican controlled Senate voted to override President Trump’s veto of the National Defense Authorization Act (NDAA). This is the first time in his Presidency he has had a veto overturned just a mere weeks before some people think Joe Biden will take over the White House. A few high ranking Republicans, the likes of which include Senate Majority Leader Mitch McConnell, voted for the override, which passed with a whopping 81-13. Some well known Senators who voted against the override included Sen. Ted Cruz, R-Texas, Tom Cotton, R-Ark., Bernie Sanders, I-Vt., and Elizabeth Warren, D-Mass.

President Trump decided to veto the $740 billion military spending bill on Dec. 23, despite it passing with huge amounts of support in not only the House but the Senate as well. The President warned that he would veto the bill unless it added language to repeal Section 230, a measure that protects social media firms from being liable for third-party posts on their platforms. It is no secret how Trump feels about these social media companies censoring his speech as well as his supporters. By vetoing this bill he is showing them he means business.

Do you side with McConnell or Trump on this one? Let us know in the comments below.