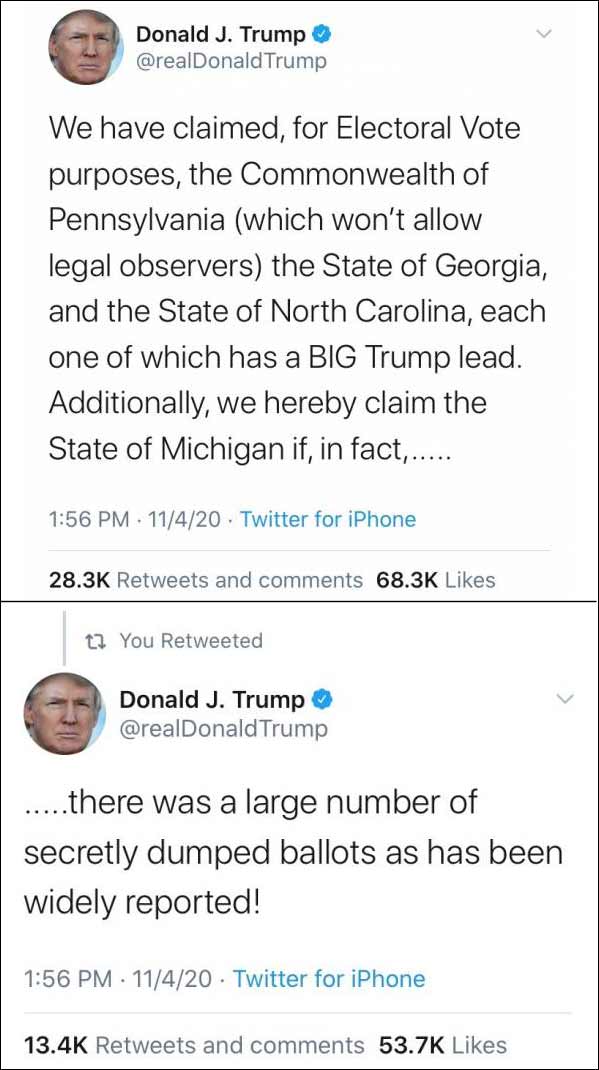 Trump said of Michigan, “We hereby claim the State of Michigan if, in fact there was a large number of secretly dumped ballots as has been widely reported.”

Both Fox News and CNN stated that Biden won Michigan on Wednesday afternoon. Not long after, the state of Nevada followed suit and agreed to start counting ballots. Not much later, Nevada all of a sudden gave Joe Biden the victory.

How will this carry out in the courts? We’ll have to wait and see because we do know that the Left will fight Trump tooth and nail to prevent him from winning.

Have an opinion? Please drop your comments below.