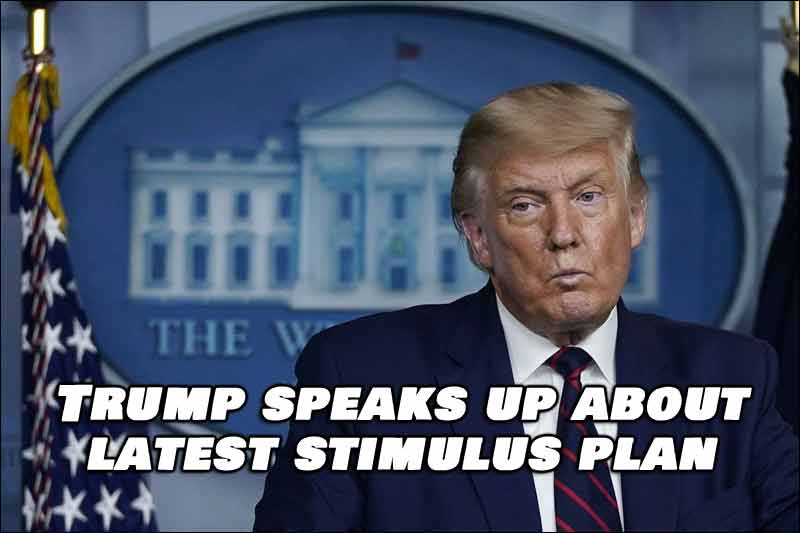 President Donald Trump absolutely balked at a coronavirus stimulus bill on Tuesday evening that Congress wants him to sign. Trump says that they need to bring him a bill that gives Americans a significant larger chunk of change.

“Throughout the summer, Democrats cruelly blocked COVID relief legislation in an effort to advance their extreme left-wing agenda and influence the election,” Trump started. “Then, a few months ago, Congress started negotiations on a new package to get urgently needed help to the American people. It’s taken forever.”

Trump pointed out the large sum of cash going to illegals and other nations and highlighted other “wasteful spending” in the bill. Trump also said that Congress needs to pass a pandemic stimulus bill that includes $2,000 direct payments to Americans, NOT $600 payments, or he’ll Veto it..

“This bill contains $85.5 million for assistance to Cambodia; $134 million to Burma; $1.3 billion for Egypt and the Egyptian Military which will go out and buy almost exclusively Russian Military equipment; $25 million for democracy and gender programs in Pakistan; $505 million to Belize, Costa Rica, El Salvador, Guatemala, Honduras, Nicaragua, and Panama; $40 million for the Kennedy Center in Washington, D.C., which is not even open for business; $1 billion for the Smithsonian; and an additional $154 million for the National Gallery of Art; $7 million for reef fish management; $25 million to combat Asian carp; $2.5 million to count the number of Amber Jack fish in the Gulf of Mexico, a provision to promote the breeding of fish in federal hatcheries; $3 million in poultry production technology; $2 million to research the impact of downed trees; $566 million for construction projects at the FBI,” Trump stated. “The bill also allows stimulus checks for the family members of illegal aliens, allowing them to get up to $1,800 each. This is far more than the Americans are given.”

If you want Trump to veto the stimulus let us know below. We are proud to see our President fight for the American people as he has the last 4 years.

President Trump… You are a true blue Odie! God bless you..