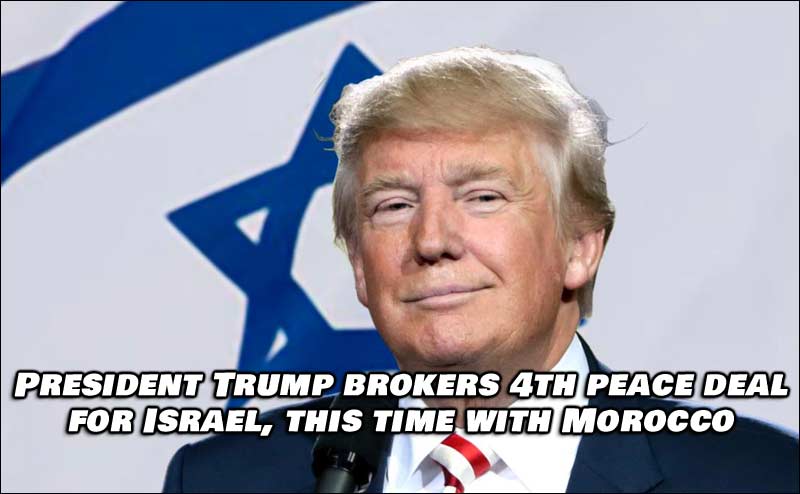 I really wish the Left and the Mainstream Media would give Trump his due when it comes to brokering Israeli / Middle East Peace Deals. A record setting 4th Middle East peace agreement was signed between the country of Israel and Kingdom of Morocco. This normalized relations between the two, something that hasn’t been in existence for a very long time.

If you add in the Serbia-Kosovo economic normalization that Trump constructed, then that makes 5 (five) history smashing deals in this year alone. No doubt leading to more Nobel Peace Prize nominations for President Trump.

Trump’s tweet stated “Another HISTORIC breakthrough today! Our two GREAT friends Israel and the Kingdom of Morocco have agreed to full diplomatic relations – a massive breakthrough for peace in the Middle East!“.

Trump followed that tweet with another that said “Morocco recognized the United States in 1777. It is thus fitting we recognize their sovereignty over the Western Sahara.” Basically, since Israel and Morocco have agreed to normalize relations, as part of that deal, the U.S. will recognize Morocco’s claim over the disputed Western Sahara region.“

Another amazing feat accomplished by President Trump! .. Do you have an opinion on this? If so, please feel free to comment below.