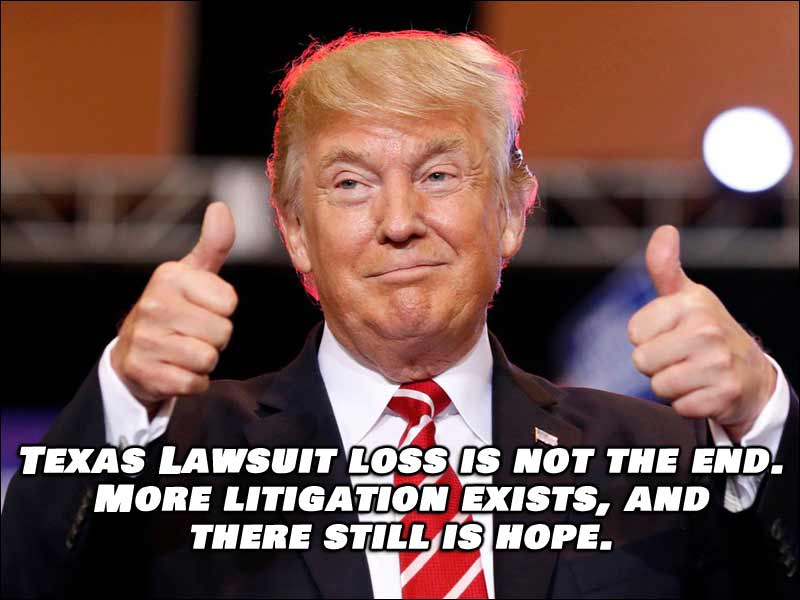 Although the Supreme Court of the United States dismissed the Texas election lawsuit on Friday, the court’s decision is based on jurisdiction instead of substantive content. And there are still cases presently taking place in almost every key state. This legal battle over the election is far from being over.

The following cases were still pending as of Friday night:

In Michigan, an Obama appointed judge dismissed the lawsuit from Sidney Powell. The suit had claimed that the serious corruption in the state’s election process. The judge went so far as to say that it was perfectly ‘normal’ to send tens of thousands of ballots to be counted at the counting district centers, where there happened to be no Republicans present. Powell stated that she forwarded the case to the United States Supreme Court.

In Arizona, both the Republican Party chairman and Sidney Powell have referred the cases to the Supreme Court.

In Wisconsin, the case between President Trump and the Wisconsin state Board of Elections is still pending, but was filed.

In Nevada, the state Supreme Court rejected President Trump’s campaign appeal. It is still unknown that if the case will go to the U.S. Supreme Court.

Have an opinion? Please let us know in the comments below.