Tennessee Is Open For Business! My Road Trip Story : 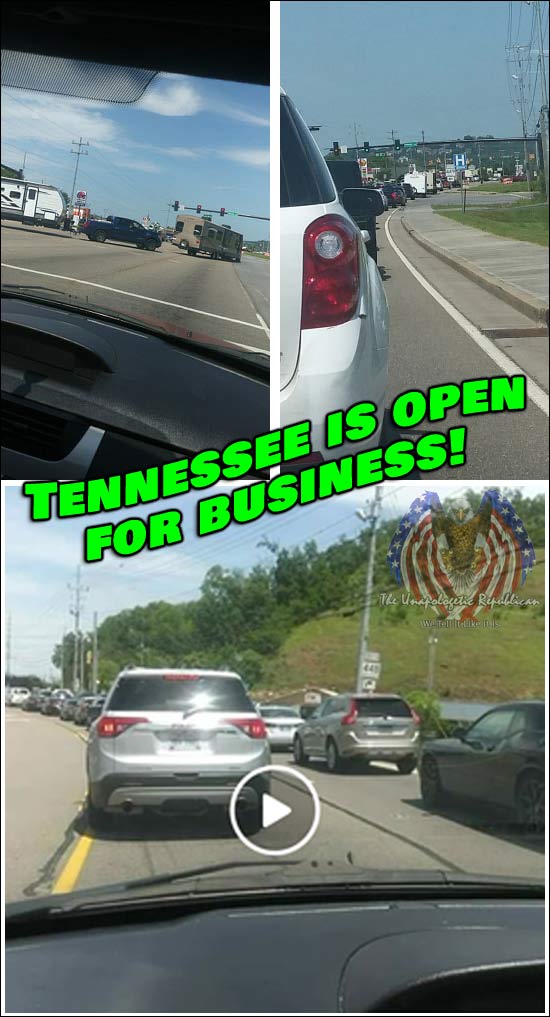 Tennessee Is Open For Business! Here is My Road Trip Story from Wisconsin.

On Thursday night (May 21st) my family and I loaded up our Ford Focus and took off from Wisconsin to our end destination of Gatlinburg, Tennessee. This was our plan for our stereotypical American Family Memorial Day Weekend Road Trip. Having recently purchased a camper, I did consider taking it, but I felt like my best play would be to save its first trip for something a little more local to us. The reason we opted to leave at night was to not mess with my 5 month old sons’ sleep schedule. Our first destination was a little over 8 hours away in Alvaton, Kentucky (next to Bowling Green). Our initial arrival time was 7am and by making only one stop to get gas and feed our son, we managed to make it at 7:51am. We wanted to get some food before going to bed. Being that we hadn’t eaten out at a restaurant in 2 months, I humored myself and looked up when Bowling Green was opening up their dine in service.

I was completely beside myself to see today (May 22nd) was their first day re-opening and we promptly got in the car and headed to Cracker Barrel. I literally felt the most free I had in months as I ate that meal. After finishing out our time in Kentucky, we were back on the road and had one scheduled pit stop along the way in Nashville. Although the Country Music Hall of Fame was closed we did get to see the Music City Walk of Fame, which features major names from Les Paul to Reba McEntire, and everything in between. Also unfamiliar with Nashville’s regulations, we walked up to Johnny Cash’s Kitchen and Saloon and sure enough they were open for business! The food was decent, however I am not convinced the fried chicken was much better than what I can get in Wisconsin. I had collard greens for the first time and felt pretty indifferent about those as well. They did however have a baked potato casserole that I would go out of my way to eat. In fact, if possible I would fill up a bath tub with it and cleanse myself in the juices. If that is what southern cuisine is all about than I am all for it. That was about enough of Nashville for us as we wanted to hit our end destination of Gatlinburg in a timely fashion.

There was a long stretch of highway with many breathtaking views of the Smoky Mountains along the way. Finally, hours later we arrived to our cabin. It was very nice inside and out. Our neighbors, who had a large house, were having a pool party with what looked to be around 30 people. Normally I would not bat an eye at that but after being surrounded by people the last few months who have felt they needed to stay locked in their houses, it almost looked abnormal. Being surrounded by the beautiful woods and mountains was such a nice scenic view with “homey” vibes. The people I encountered were all so nice and friendly, with the exception of the Illinois tourists which I now know are not just a problem in Wisconsin.

The next day we decided to act as true tourists and drive down their “strip”. It stretches through Gatlinburg all the way into Pigeon Forge and Sevierville. Our first tourist thing we did was fly in a helicopter. It was $100 for all of us and probably lasted about 10 minutes, yet somehow felt worth it. It was extremely satisfying. I could not believe how packed the helicopter place was. Stay 6 feet apart? I think not! Benches in the waiting area were packed end to end. The parking lot was completely full and they were operating at max capacity.

After landing and getting back to the car, we decided to look for food. The Golden Corral immediately jumped out at us. Surely a buffet could not be operating right now. WRONG! Not only were they opened and packed, but we were informed they had been since May 8th. They did have some protocol in place, but I can assure you it was either optional or not being followed properly. The first major difference was their employees places the food on to your plate. Okay, I guess that makes sense. However, about half the staff was wearing a mask and the other half wasn’t. To me, that indecision removes validity of concept. If you are truly worried about safety, tighten up how you follow your policies. The lines for food were marked every 6 feet but people were literally crowding in and bumping into each other as there were far too many people eating for us to all to remain 6 feet apart while standing in line. I assume the owner is just putting in these policies to cover his ass because nothing was being followed.

Driving on the way there and back was absolutely insane. I am talking bumper to bumper traffic. I assume the whole city was at max capacity because we traveled at 5 mph most of the way home. Later that night, I went to a liquor store to get some moonshine. Apparently I wasn’t the only one with that idea. On my way out 3 police officers (none of which were wearing a mask) showed up to arrest a suspected shoplifter. If I went on this trip without any prior knowledge, I most likely would have not known we were in the middle of some pandemic. The only thing really out normal was Golden Corral’s new half assed policies. I am not sure how many people were in town this weekend, but I can’t imagine it being less than 250,000 people. I guess I am not the only American who refuses to live without fear. I am on my way back home now and looking forward to many more great road-trips in this free country the United States of America. …. COMMENT BELOW ….

What a great little trip you all had!! Isn’t it amazing when you step outside and join the living again? It’s sort of like that feeling you get when you have roller skates on then you take them off and try to walk.. that unbalanced feeling!!At least that’s how I feel.. It will be interesting to see how this all works out with many places opening and everyone diving right in!
Stay trip home guys🇺🇸🇺🇸🇺🇸