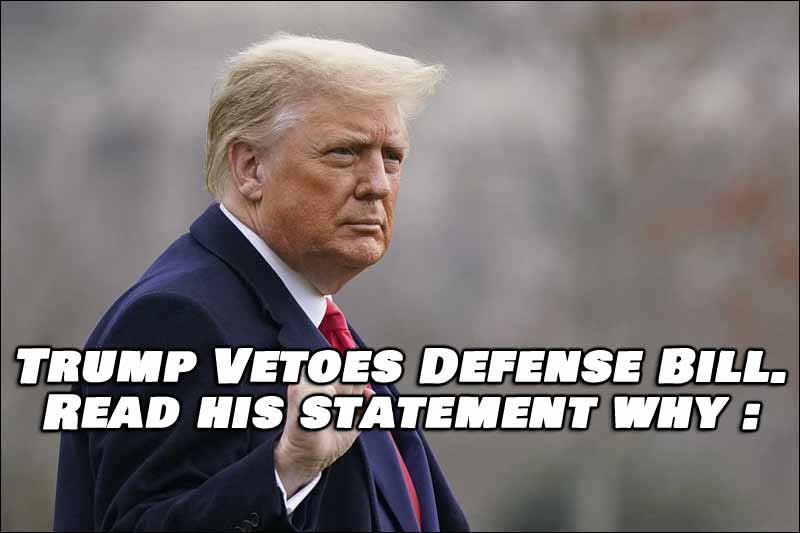 OK, first let us clarify that we are discussing the Defense Bill here, not the Stimulus package for American citizens. President Trump vetoed the most recent version of the Defense Bill, and to be honest, right fully so. Of course he got slack from the Liberal Left and the Rinos in the GOP, however the bill was not in the best interest of America, and here ‘s Trump’s reason why in his own words :

The Act fails even to make any meaningful changes to Section 230 of the Communications Decency Act, despite bipartisan calls for repealing that provision. Section 230 facilitates the spread of foreign disinformation online, which is a serious threat to our national security and election integrity. It must be repealed. “

What do you think? Should Trump have signed it as is, or was he right to have it adjusted?

I agree with the President that he veto H.R. 6395 all the money should stay in America and not go to foreign countries especially the countries hate us