Proof That Voter Fraud Exists. And there’s TONS of it. 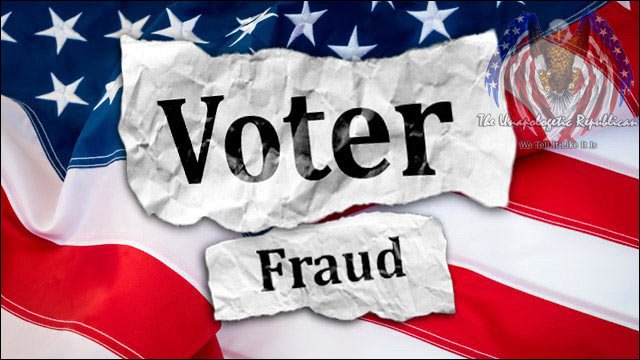 Just the other day I think I heard that Joe Biden made a reference to mail-in voting and that there has never been an incident of voter fraud ever. We all know that’s a lie, but some on the Left continue to push it because they know cheating is quite easy, it’s been done before and most importantly to them, it’s the ONLY way they can win the Presidency in November. So this leaves us scrambling for proof, or ammo, when a Leftie comes at you with this prospect of ‘voter fraud is just a myth’. After doing a bit of research, we’ll going to list out just a few incidents of voter fraud, whether it was done by the Left, or the Right.

Most recently in the news was a story out of Philadelphia where an ex-election official actually pleaded guilty of stuffing ballot boxes for the Democrats. This all took place between the years 2014 and 2016, and the official was caught taking thousands and thousands of dollars in bribes. In return he would stuff ballot boxes in favor of Democrats in local races. The official turned out to be an ex-judge of elections out of South Philadelphia, 73 year old Domenick J. DeMuro. According to U.S. Attorney William M. McSwain, DeMuro pled guilty to conspiracy to deprive Philadelphia voters of their civil rights. “DeMuro fraudulently stuffed the ballot box by literally standing in a voting booth and voting over and over, as fast as he could, while he thought the coast was clear,” said US Attorney McSwain.

In 2016, Daniel W. Reynolds was convicted of ‘Fraudulent Use of Absentee Ballots’ when he pleaded guilty to three counts of absentee ballot fraud and was sentenced to two years’ probation. Reynolds, the chief campaign volunteer for Commissioner Amos Newsome, participated in falsifying absentee ballots in the Dothan District 2 election between Newsome and his rival Lamesa Danzey in the summer of 2013. Commissioner Amos Newsome was a Democrat and the Dothan City Commissioner in Alabama.

in 2015, Janice Lee Hart was also convicted of ‘Fraudulent Use of Absentee Ballots’ when she pleaded guilty to 8 (eight) misdemeanor counts of attempted absentee ballot fraud in connection with misconduct while working on the 2013 campaign for District 2 City Commissioner Amos Newsome (yes, the same dude from the paragraph above). Prosecutors charged that Hart was not present when absentee ballots were signed even though she was listed as a witness on the ballots. In the election, Newsome defeated his challenger by only 14 votes and received 119 out of the 124 absentee ballots cast. A judge sentenced Hart to 12 months in the county jail for each count, which he suspended to two years of probation for each count.

In 2015, Lesa Coleman was convicted of ‘Fraudulent Use of Absentee Ballots’ when a jury of her peers found her guilty of seven felony counts of absentee ballot fraud related to the 2013 election for a city commission seat. Coleman received a three year split sentence. She will serve 180 days in jail followed by three years of probation. These too were in relation to the District 2 Dothan City Commission election won by Amos Newsome. (Yes, same guy!)

In 2010, Karen Tipton Berry pleaded guilty to ‘Fraudulent Use of Absentee Ballots’. She was a former Democrat Pike County (Alabama) Commissioner who barely won, and then lost, her 2008 reelection bid when 10 (ten) absentee ballots were found to have been fraudulently cast in the election. Ms. Berry was charged with mailing an illegal absentee ballot.

Another case in 2010 involved Gay Nell Tinker, who was a former circuit clerk for Hale County (also in Alabama), was convicted of ‘Fraudulent Use of Absentee Ballots’ when she pleaded guilty to multiple counts of absentee ballot fraud after her scheme to orchestrate fraudulent absentee ballots for the benefit of multiple candidates was uncovered. She admitted to falsifying the ballots of five voters to benefit certain candidates, including her brother, Circuit Court Judge Marvin Wiggins, and her husband, Senator Bobby Singleton (D–Greensboro).

I found a great PDF that breaks down over 1,000 proven instances of voter fraud. Including 938 criminal convictions, 43 civil penalties, 74 diversion programs, 8 judicial findings and 8 official findings. It’s a HUGE read, but it’s worth it for ammo against the LEFT. It was put together by The Heritage Foundation and it’s located on the White House’s website here. … We are eager to hear your comments, COMMENT BELOW.