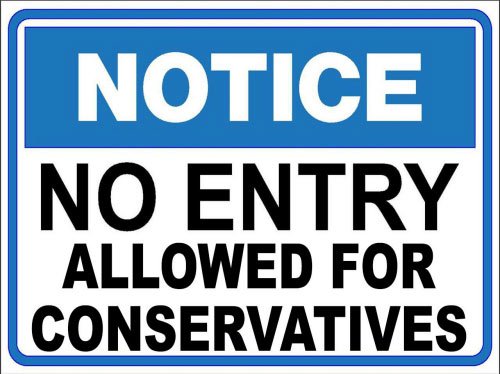 If you run a website that is even just a tad bit conservative, or leans to the right, don’t expect to find too many advertisers that are willing to put an ad on your website, even if they only pay when you send them traffic. It seems as if their own personal political opinions make their marketing decisions for them. The admin and owner of The Unapologetic Republican (including the FB Group, the FB Page and this Website) has applied to multiple sources for advertisements to place on their website. Most of them, after reviewing the website, DECLINED the application, with no real reason other than “it’s our business and we choose who we want to do it with”. In fact, one of the major affiliates we were already associated with (they were already feeding other websites of ours for the past two years) is Rakuten, or LinkShare same company. For 2 years Rakuten had no issues feeding our other websites with affiliate ads. We added UnapologeticRepublican.com to the account, and placed ads on the site, and they were going quite well. We put up ads for Wine.com, Omaha Steaks, J&P Cycles and more. But after two days of feeding us ads, I received an email that Rakuten closed the entire account and cited statement #20 in our agreement paperwork (see pics below), which states “Termination. You or Supplier may, at any time, with or without cause, terminate this Agreement and your participation in the Network or use of any other Supplier Offering. You may affect such termination through your Network Publisher Account Area or by written notice to Supplier subject to actual receipt thereof. 20.2. Restricted Use. Alternatively, Supplier may, at any time, with or without notice, in its sole discretion, suspend, limit, restrict, condition or deny your access to or use of all or any part of the Network or any Supplier Offering.” … In doing a bit of research, it was Rakuten who shut us down, I do not know if any of the advertisers themselves complained, but since it was Rakuten who shut the account, and it’s Rakuten’s RULE that they used as an excuse, we’ll be putting the blame on Rakuten. But that’s not all, we applied at another affiliate source and applied to certain companies, and we were declined by FarmFoods (FarmFoodsMarket.com), Snake River Farms (SnakeRiverFarms.com), Perdue Farms (PerdueFarms.com) and Mr. Steak (MrSteak.com) so far. There are still applications pending though and I am expecting more denials.

I have never personally seen a conservative business turn away clients who do not have the same political views, but I sure as hell am seeing Leftist businesses close their doors on conservatives. We’ve just gone through it personally, so this is a fact to us. How can this country ever fully get back on its feet if the Left doesn’t care if their actions hurt the country and it’s economy? It’s quite obvious the Left rather see this country fall into despair and a recession, just so they can point the finger at ONE MAN, and blame him. To all the businesses that DENIED us based on YOUR political bias, YOU are the reason there is so much division in this country. Put on your bigboy pants and do your jobs. I hope that a class action lawsuit is brought against these companies, and I do NOT care what their ‘terms’ say. ‘Terms’ can be discriminating, racist, divisional, immoral and illegal; and hopefully a court will decide that what these businesses are doing falls into at least one of those categories. … So who exactly are we reaming out here? Rakuten, LinkShare, FarmFoods (FarmFoodsMarket.com), Snake River Farms (SnakeRiverFarms.com), Perdue Farms (PerdueFarms.com) and Mr. Steak (MrSteak.com) so far. … Getting pissed off yet? COMMENT BELOW! 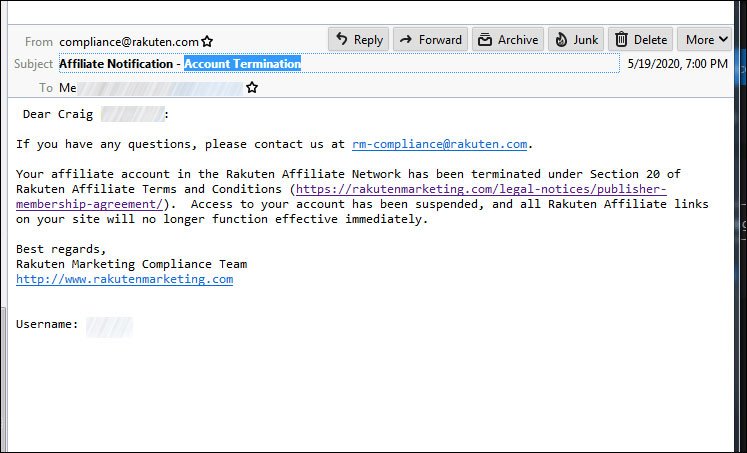 Here’s the email from Rakuten / LinkShare 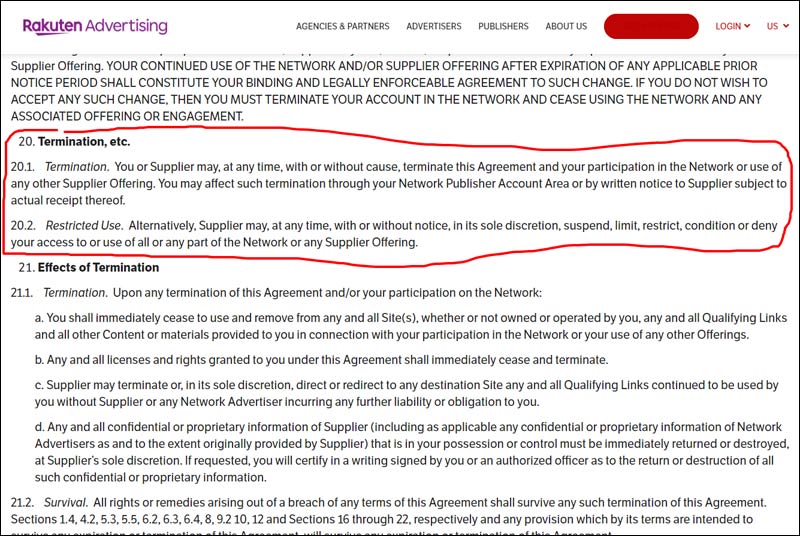 This is such bulls-t! Those companies should be taken to court!