My neighbor threatened to kill my dog today and our Legal System did Nothing. 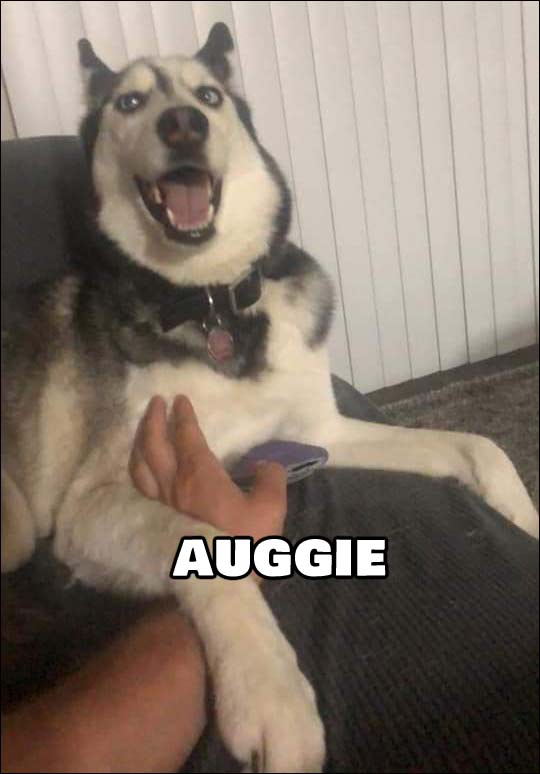 Here’s a picture of Auggie! .. Who in their right mind would want to hurt Auggie?

Well here goes nothing; So my dog, Auggie, is a Siberian Husky as everyone knows (Auggie is also ESA Certified), However only time he really truly makes noise is if I pull in from work and that’s pretty much it he will bark briefly because he knows I’m home and hears my car. Well anyways with that being said I get off with some towers today at around 5 PM and I’m home by 5:30 PM I take Auggie out to go potty and to actually bring him back up he makes a little Howl sound right before he goes in to the house because he’s excited, Anyways with it being 5:00 PM there’s no noise regulation let us known a very brief Howl that doesn’t bother anybody. I hear a very aggressive swing open to the door of 1621 right across from me and the wife open the door starts shouting at the dog And says “shut the f*ck up you little bastard my husbands trying to sleep” In those two seconds the husband was literally standing right behind her Wide awake. 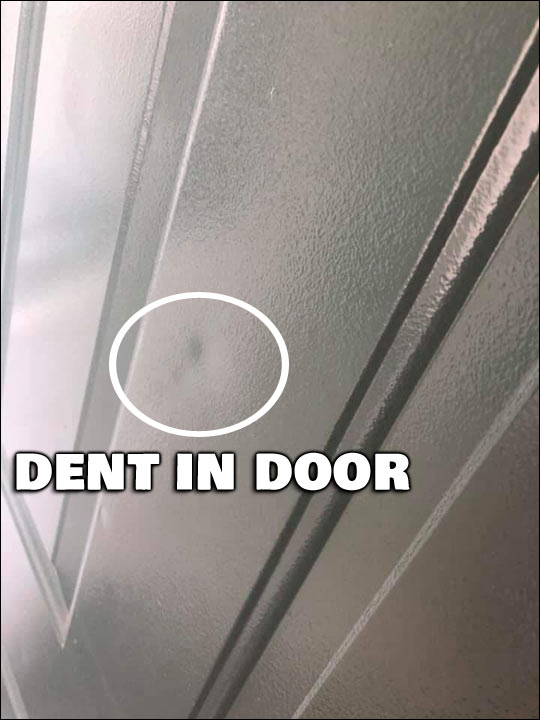 Here’s one of the dent’s the neighbor left on Gunnar & Auggie’s door.

So me handling things the smart way I’m using my common sense because I am 6 foot for 230 pounds I’m not going to punch a man who is in his 50s and is 5 foot 160 pounds, as soon as he banged on my door he went back into his place with his wife Like a coward and then I had Auggie in his cage he is extremely frightened at this point and so I call Henderson Police Department. To no help at all, The cop that did show up to my door verbatim said well if you were arguing with my wife to I would’ve done the same thing to your door. I was honestly very shocked because I’ve never had this kind of experience with a PD before. And as I had stated I would say anything to anybody regardless of who they are especially if they’re coming up my dog like that completely out of nowhere unprovoked it was almost like she was waiting outside for that to happen. The police officer literally did nothing about the situation, totally ignored the fact that the guy came charging at my door and show the evidence and I even had proof to back it up and it was completely disregarded. I can guarantee if I was a woman or probably a guy half the size the situation would’ve been treated a lot differently. I thought by handling things smarter calling the police instead of using physical force which is what I probably would’ve done a few years ago but if I would do that now I probably could risk losing everything and it would not be worth it over some a$$hole. 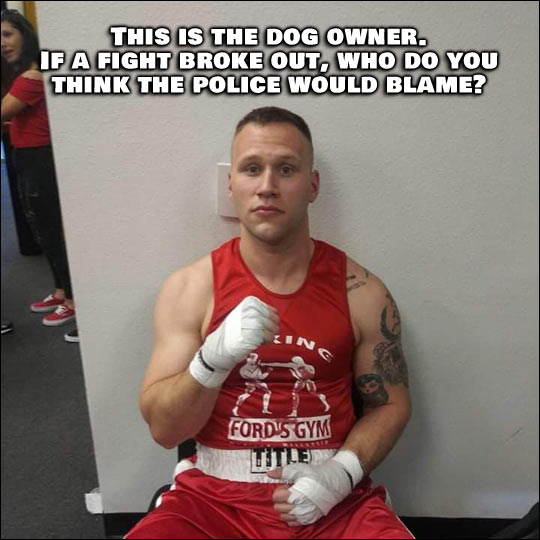 If there was a physical altercation, who do you think the police would blame and arrest??

Anyways moral of the story this guy gets off scot free the wife gets off scot free and basically I’m being told there’s nothing that can get done all I could do which I did was contact property management and they have to take it from there. I can guarantee if I was not in the physical demeanor and size that I am I probably would’ve been treated very differently. Nobody is going to look at me and think I’m being discriminated and that’s the messed up part because it’s hidden discrimination. In reality I have to keep calm cool and collected at all times and I can’t even retaliate physically because of how much bigger and stronger I am than the average person and I have to use that power with responsibility. But even handling things the smart didn’t help me. The cop bought there “calm demeanor” and played victim like I was the person that started all of this. I can guarantee if the situation was reversed and I was the one that pounded dents into this guy’s door I would easily have been taken away in handcuffs. I’m just glad I had the self-control and self-discipline not to retaliate physically as much as I wanted to. Was able to calm him down after. Keep on mind it’s a pet friendly unit where dogs make constant noise but my baby boy is actually the quietest amongst all. …. COMMENTS ARE WELCOME BELOW