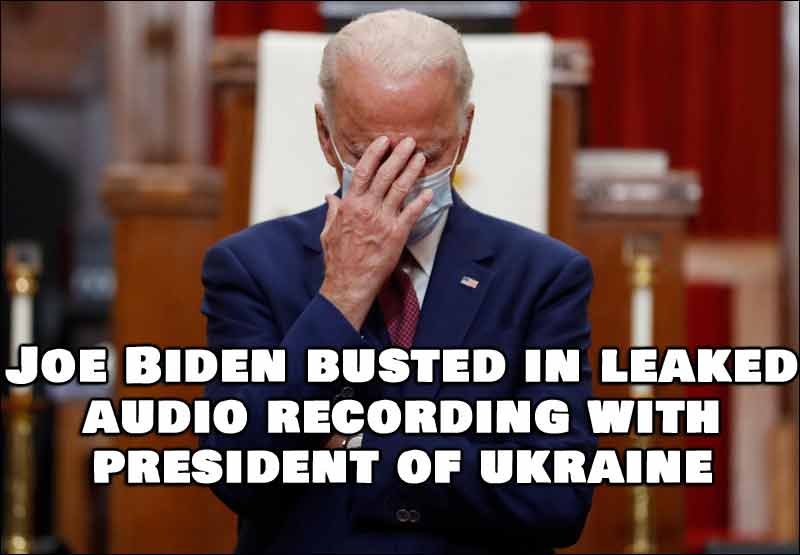 Back on March 22nd, 2016, phone call conversations took place (Video Below) between then Vice President Joe Biden (during President Obama’s tenure) and Petro Poroshenko who is the President of Ukraine. The conversation basically goes one way as the President of Ukraine goes way out of his way to kiss the ass of VP Biden. Biden is obviously in Minnesota at the time the conversations took place. Poroshenko states “I am very happy to hear you. This is very valuable for me, that you find time for me even in Minnesota. And I am dreaming some days we will be together.” Biden laughs in response and says “Man, I tell you what, I’d like to be with you instead of Minnesota right now.“. Poroshenko then starts to get into the meat of the conversation. “I have some positive and negative news. Joe, I have a second positive news for you. Yesterday I met with General Prosecutor Shokin” .. Biden replied “Yesss…” in what sounds like a very concerned ‘accent’. Poroshenko goes onto to explain that even though they have zero charges against the prosecutor, no corruption charges, no information about him doing something wrong, as a favor for Biden, Poroshenko asked the prosecutor to resign. This is the prosecutor and case in the Ukraine that was going after the Bidens. Joe Biden used his position of Vice President of The United States of America to influence the President of Ukraine to get rid of the Prosecutor that was going after the Bidens.

Biden’s then spokesman Andres Bates said to The Post that the release of the tapes was yet another instance of Russia’s efforts to hurt Biden. He also stated that it was ‘heavily edited’ but offered no proof. So they do NOT address the fact that the tape exists and it’s damning content, they just blame it on Russian propaganda. The Left NEVER takes responsibility and always shifts the blame to someone else. The recording in all is about 17 minutes, and well worth the watch. How in the hell is Joe Biden still walking around a free man? .. Please let us know your comments below.