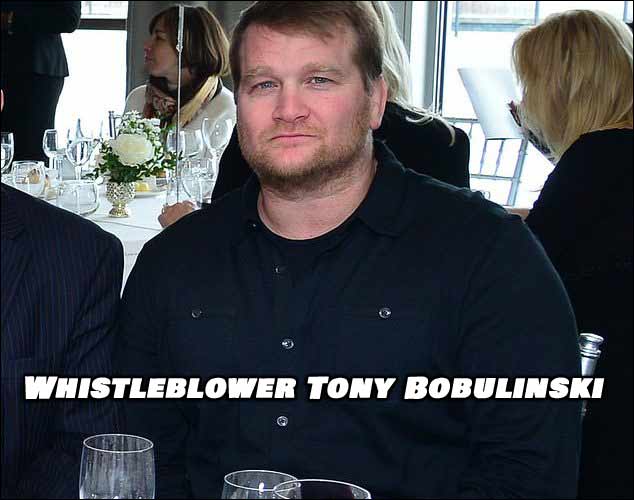 This guy is most definitely a marked target at this point (Just kidding about the Hillary reference above). A brave man who is known as Tony Bobulinski has stepped forward as a whistleblower who has personal ties with both Hunter and Joe Biden. Tony Bobulinski says that he is coming forward because he was present when Joe Biden was also present during certain business deals. You know, the ones Joe says never happened and that he knows nothing about. Tony Bobulinski is a ‘Biden insider’ and his testimony backs the claims the the laptop is NOT ‘Russian misinformation’ which is what the Left and the media are calling it. Joe Biden himself has addressed it as a ‘personal smear campaign’ against him and his family.

Sources familiar with the matter told Breitbart News that Bobulinski is the person whose allegations and inside information are the centerpiece of a forthcoming investigation by the Wall Street Journal. That Wall Street Journal story has not published yet, several days after the newspaper staff indicated to some the piece would come out—it is unclear why the Journal has not yet published—but President Donald Trump hinted on a conference call earlier this week that such a story was coming from the newspaper.

Bobulinski’s statement also seemingly authenticates at least one of the bombshell emails obtained by the New York Post, purportedly from Hunter Biden’s laptop retrieved from a computer repair store in Delaware. The statement also contradicts claims from some Democrats that a Russian disinformation campaign is at the center of the burgeoning scandal currently engulfing the Biden campaign in the final days of the election.

So the whistleblower’s testimony helps prove that Hunter and his father Joe Biden routinely discussed their shady business dealings with each other. The ‘deals’ were always something between Hunter Biden and foreign governments that are considered hostile to the United States. This one thing proves that Joe Biden has been compromised and ‘could be blackmailed into doing the bidding for one of several foreign governments’.

The Biden’s deals with the Ukraine and China are not only corrupt, they are mafia-type agreements. Up to this point, it appears as if the FBI and the MSM have helped cover it up, but news is breaking rapidly on this as more laptop revelations are released. … Opinion?  Drop a comment below!

Lock these crooked corrupt diseased individual’s up for the love of God!