Joe Biden crawls back into basement until next debate

Joe Biden crawls back into basement until next debate : 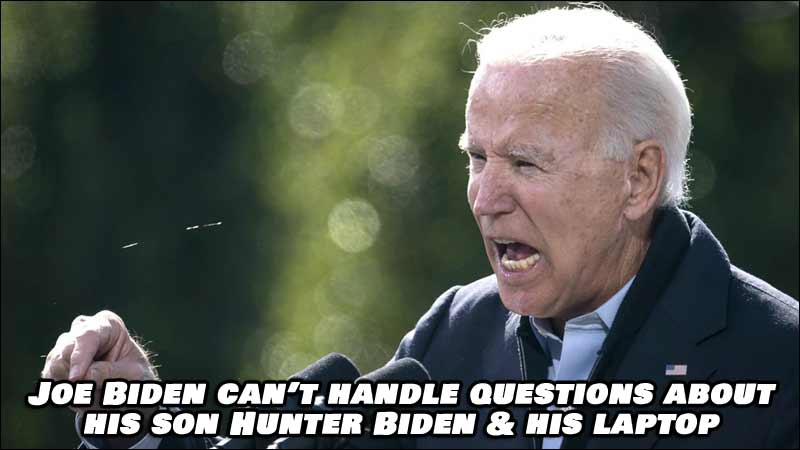 Joe Biden can’t handle answering questions about his son Hunter and ‘the laptop’.

With the news about Hunter Biden’s laptop and all the juicy information found on it, it appears as if the Democrat Presidential nominee Joe Biden will be crawling back into his basement as to avoid the inevitable questions about everything that has come along with this new found laptop. What exactly did Joe know? Was he at any of the meetings that took place? Did Joe Biden outright lie to the American public when he said that he has no knowledge of his son’s activities? Last night was at least the 2nd time Joe was confronted with a question about his son and the laptop. First time came late last week and Biden loudly and rudely said that he wasn’t going to answer. Last night a question was asked to Joe Biden, the end of it being hard to hear because of the laughter that comes from the crowd. In the video, Biden turns and immediately begins leaving once someone asked him about the FBI. It was hard to hear the rest of the question in the video because others who were standing nearby began laughing out loud. (See Video Below)

Joe Biden walks away as a reporter asks him about the FBI seizing his son Hunter’s laptop
pic.twitter.com/wE8ywouLxK

Being as weak and frail as Joe Biden really is, his ‘care-takers’ are aware of this too and they know he can’t handle any questions about ‘the laptop’ and his son Hunter. They know he will explode with anger and it will only get worse. So we’ll definitely see less of Joe Biden until the next debate which is set to take place on Thursday October 22nd at 9PM EST and Curb Event Center in Nashville, Tennessee. Whether or not the debate moderator, Kristen Welker, will even bring up the subject is still yet to be seen, but one thing is for sure, President Trump will surely mention it, that’s guaranteed. … Opinions?? Drop Your comments below.