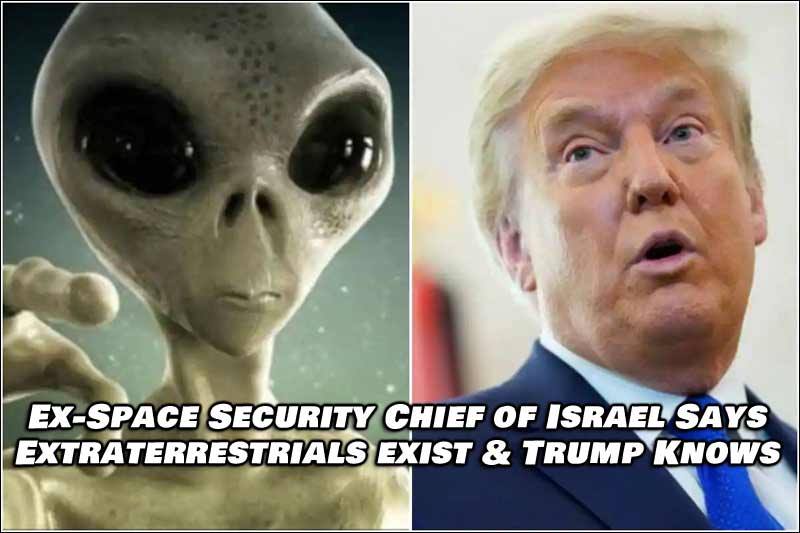 A previous space security chief of Israel has turned heads worldwide by saying that earthlings have been in contact with extraterrestrials from a “galactic federation.”

“The Unidentified Flying Objects have asked not to publish that they are here, humanity is not ready yet,” Haim Eshed, former head of Israel’s Defense Ministry’s space directorate stated.

Eshed who is a well respected professor and retired general, stated the aliens were equally curious about humanity and were seeking to understand “the fabric of the universe.”

Eshed went on to say cooperation agreements had been signed between species, including an “underground base in the depths of Mars” where there are American astronauts and alien representatives.

“There is an agreement between the U.S. government and the aliens. They signed a contract with us to do experiments here,” he said.

He went on to say President Trump knew of their existence and was going to inform the general public, but was advised not to as to prevent “mass hysteria“.

Do you believe in extraterrestrials? Let us know in the comments below.

a bit farfetched……..who are the astronauts on Mars? There;s a lot we don’t know for sure…