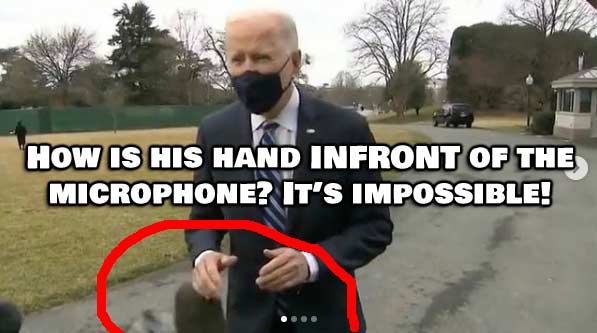 It’s no secret that at one point very recently one of Joe Biden’s nicknames was “Basement Joe”. He got this nickname because during his ‘Presidential campaign’ in 2020, while President Trump was visiting 5 or more states per day, Joe Biden stayed locked in his basement. He even did press briefings directly from his basement. Was he scared? What was the fear? Was it his handlers that were frightened for him? Was it the Wuhan Virus that forced him to stay in his ‘bunker’? Or was it to save himself the embarrassment of his well know gaffes? Whatever the reason was, the little weak excuse of a man rarely popped his head out of his basement. Fast Forward to today. Are they still keeping Joe Biden under wraps? He did already break a record by NOT holding a press conference in his 50 first days as ‘president’. Why are ‘they’ keeping ‘President’ Joe Biden from the public? Why is he not travelling all over, meeting leaders of other countries? You know, doing presidential things …. Is he even still alive? Rumors have been circulating that the person we are seeing now, is NOT the real Joe Biden, although I myself have a hard time of believing that. All I can say or talk about is what I have seen with my own eyes or experienced myself. This NEW VIDEO (found below) of ‘President’ Joe Biden throws even a bigger monkey wrench into the system, because it appears as if they are using a green screen to film Joe Biden interacting with some of the media. 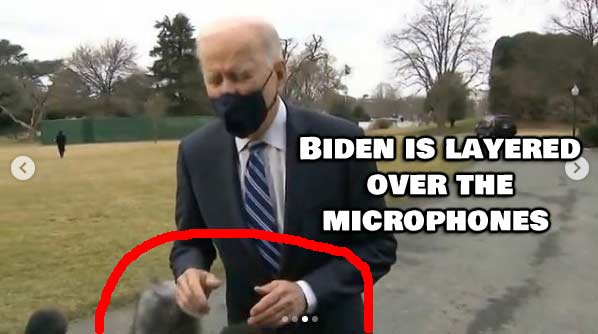 Look at Biden’s hands! This video was FAKED!

There is NO DOUBT that after watching this video (found below), and examining the pictures, you’ll know that something is up with Joe Biden, and our Government over in DC. This video is DAMNING and we all should be demanding an answer as to why this is being done. It’s also so sloppily done that you have to ask yourself, do they want to be caught?? .. Look at the photos, watch the video and then let us know your thoughts below in the comments area.

Before you watch the video (video found below) though, I grabbed a few comments I saw that caught my eye :
– “Watch Biden’s hands and the “layering” of the microphones, it’s SO OBVIOUS this was FAKED. .. beginning at the 19 second mark, Biden’s hands are IN FRONT of the microphones which is PHYSICALLY IMPOSSIBLE.”
– “Pre taped walks and conversations on a green screen. Mask allows dubbing his voice.”
– “Nobody saw the weird blur around that mic?”

VIDEO (Watch the entire thing, but pay attention at about he 19 second mark and the ‘layering’ of Biden’s hands and the microphones.)