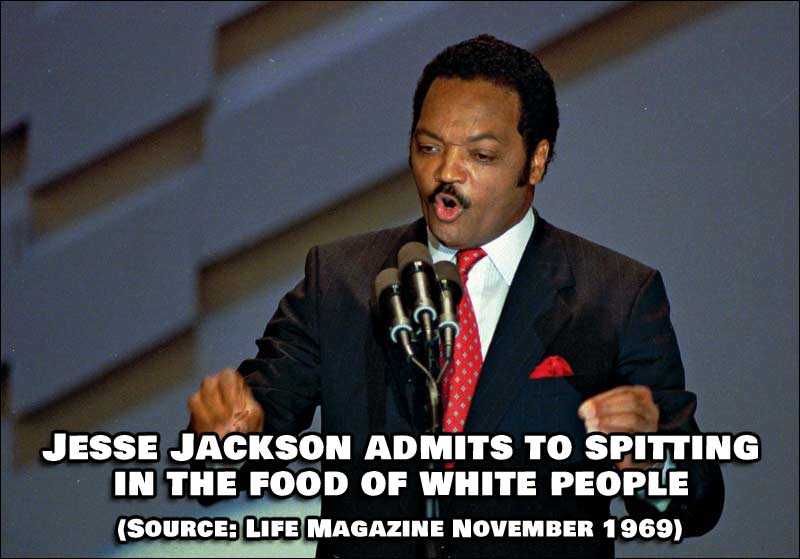 Jessie Jackson admittedly used to spit in White People’s food before he served it to them.

Well, the internet TRIED to do a good job of scraping and removing all references to the 1969 Life Magazine article where they highlight Jesse Jackson, but they didn’t try hard enough. I resorted to finding it on Archive.org’s ‘Wayback Machine‘, which keeps cached copies of old websites. In the article, it goes onto describe that Jesse Jackson used to work for the Jack Tar Hotel, which is located in Jesse Jackson’s hometown of Greenville, South Carolina. Jesse Jackson himself stated that before he left the kitchen with a tray full of customer’s food, he would SPIT into the food of the WHITE customers. (See the picture of the 2nd page of the article, where the red asterisk is drawn; There are 8 pages to the article, however we are just posting the first three) He stated that he did it “because it gave me psychological gratification“. He also said he did this to the WHITE FOLK that he HATED, and yet he ‘smilingly served it to them’. A second article we found stated : “Former Black Panther leader Jesse Jackson admitted in a November, 1969 “Life” magazine interview that when he worked as a waiter in a Greenville, South Carolina hotel he spat into the soups and salads of White customers. “[Spitting into the food] gave me a psychological gratification,” Jackson said. During his early years in the communist civil rights movement Jackson often repeated this story to audiences. In fact the New York “Times” in a July, 1972 article, said: “Jesse would spit into their soup or salad before he brought it to the table, and watch with enjoyment as Whites ate gobs of saliva as though it were, say, oil and vinegar dressing.”

I don’t know about you, but I’m speechless and disgusted! … Although we’d love to hear your comments below. … (PS – If you want all 8 pages of the 1969 Life Magazine Article that we refer to here, please just let us know and we’ll be glad to send it in PDF format) 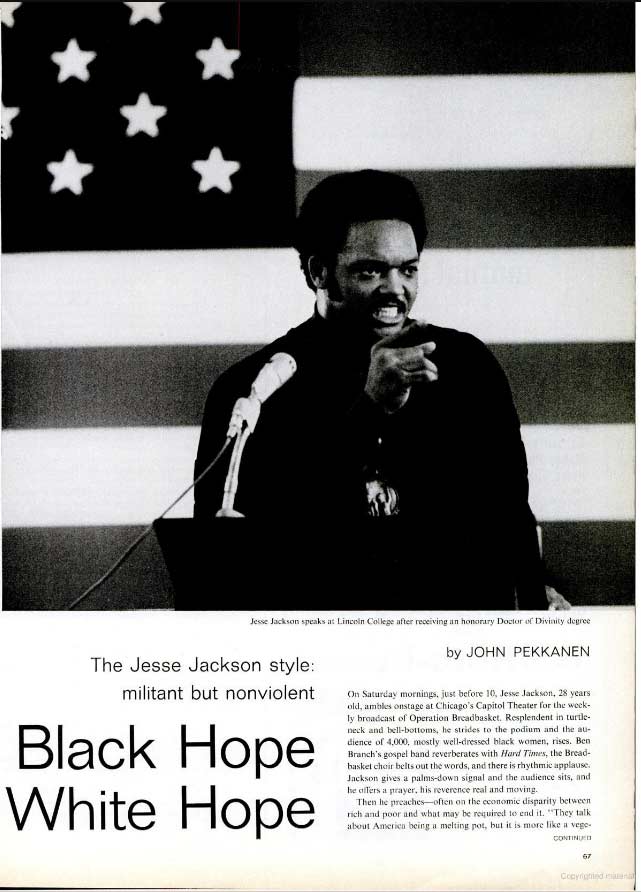 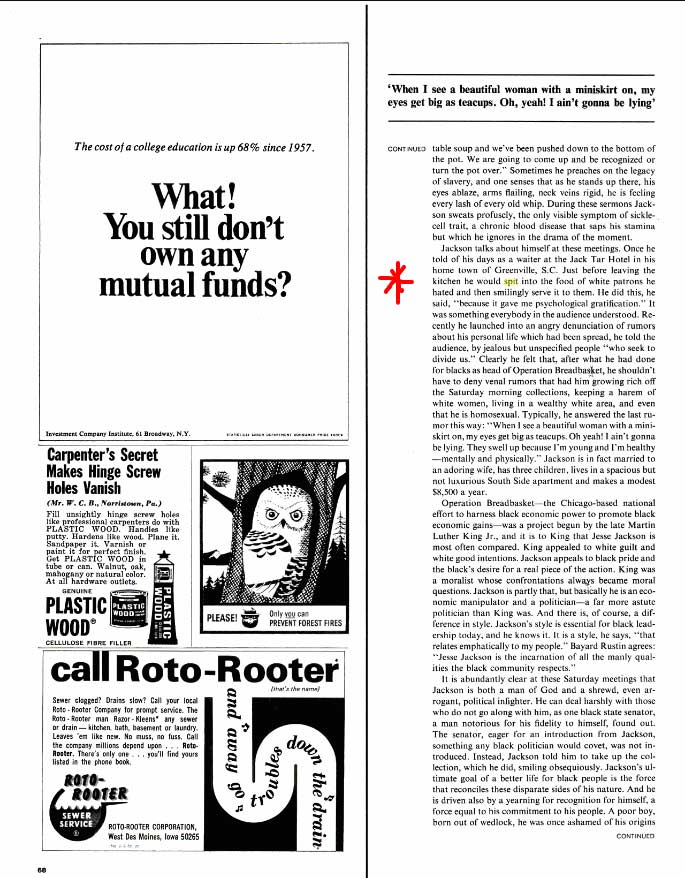 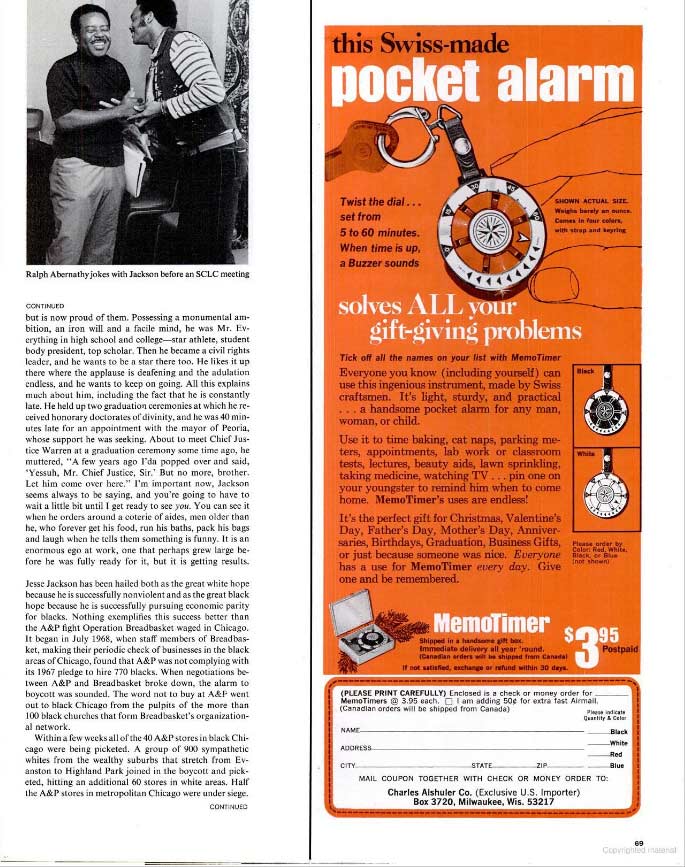 Well there are dirtier foes than that out here,for instance I was in jail and a white officer (I’m white also) told a food server to bring him my tray so he could wipe his dick on my toast.

I remember this in the 70’s. I was in grade school and was watching tv and they were talking about this. I have never forgotten this! Stop Racism and Hate!