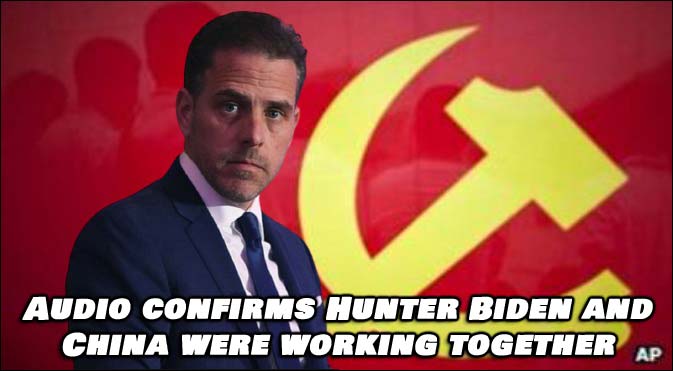 From the mouth of Hunter Biden himself from recently released audio files, “I get calls from my father that New York Times is just calling, but my old partner Eric who literally has done me harm for, I don’t know how long, is the one taking the calls because my father will not stop sending the calls to Eric. I have another New York Times reporter calling about my representation of the literally Dr Patrick Ho the spy chief of China, who started the company that my partner who was worth 323 billion dollars, found it is now missing. The richest man in the world is missing! who is my partner. He was missing since I last saw him in his 58-million-dollar apartment and signed a 4-billion-dollar deal to build the largest ING port in the world! And I am receiving calls from the solar director of New York from the U.S. attorney himself, my best friend in business Devon has named me as a witness without telling me.”

There 100% is no doubt that U.S. presidential candidate Joe Biden and his family is 100% controlled by the Chinese Communist Party as one of the most successful political instances of the BGY program (B for Code of Blue for Intelligence/Information), (G for Code of Gold for Bribery), and (Y for Yellow for Sexionage). Hunter is also a target of the CCP’s 3F plan, which aims to “fall, fail, fell” to weaken, destroy and kill America!

One of the main causes for the disputes over the South China Sea, issues with trade between the US and China, issues with intellectual property right and energy prices is the CCP’s (Chinese Communist Party) use of these tactics to threaten Biden and his sons with large amounts of cash and prosperity.

It’s rumored that the Chinese Communist Party has this BGY program established in the United States and in several Western countries over in Europe. Supposedly there exists millions of videos and photographs of government officials, corrupt people, government traitors, and criminals all who are colluding with the Communist Party to try to establish a global domination.