Hunter Biden Involved in Child Pornography? There may be damning evidence.

Hunter Biden Involved in Child Pornography? There may be damning evidence. 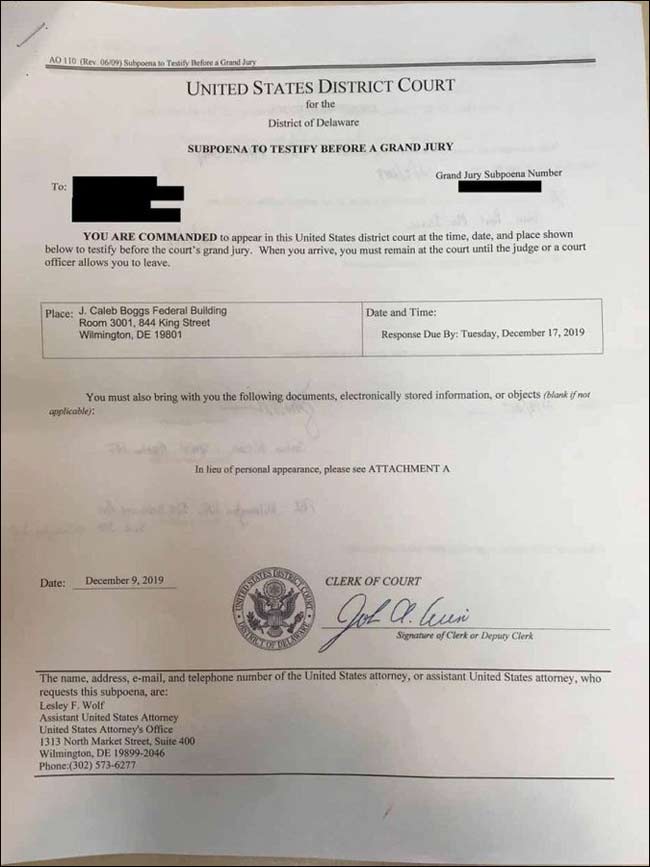 Hunter Biden Involved in Child Pornography? There may be damning evidence. (Click for full size)

Just after an explosive story about the treasure trove of data retrieved from a laptop that allegedly was owned and used by Hunter Biden, discovery about the mob-like business dealings of Democratic presidential nominee Joe Biden’s son became the focus of everyone’s attention, even though most of the Liberal Left Media and Big Tech companies are apparently trying to bury the story.

One thing caught the eye of someone’s attention to detail and now another ‘twist’ in the plot appears. This is where things seem to get get really bad for Hunter Biden (and his family). Since we know the FBI has already had a copy of the computer’s hard drive (they were the first to receive it according to the computer repair tech where the laptop was left for repair and never retrieved), there MAY already be some other investigations going on. A document, or rather a picture of the actual subpoena from December which was used to obtain the laptop and hard drive, while being partially blacked out, displays a signature on the opposite side of the piece of paper, which appears to have bled through. It is quite easily visible if you look for it. The signature appears to match that of FBI Special Agent Joshua Wilson, who almost exclusively works on child pornography cases.

Back in 2012, Agent Wilson was described by The Star-Ledger, a New Jersey-based newspaper, as “an FBI agent based in New Jersey who has spent nearly five years working full time on child pornography.” (Other news articles that are more recent propose Agent Wilson has additionally worked on child abduction cases.)

A child pornography criminal complaint from 2012 includes Wilson’s signature, which appears to be an exact match to what was found on the December subpoena mentioned above. After an investigation, even mainstream liberal outfit Business Insider admitted that it appeared Wilson was involved in the laptop investigation.

A blank version of the subpoena form seems to further back up the original document’s veracity, as the agent’s signature matches up with the location on the blank form for the signature of the individual serving the subpoena. Although the nature of Wilson’s apparent involvement is not yet fully known, his apparent signature on the subpoena throws another layer onto a rapidly ballooning scandal.

The alleged Hunter Biden laptop story has not been well received everywhere, with Big Tech platforms even outright censoring the explosive revelations. 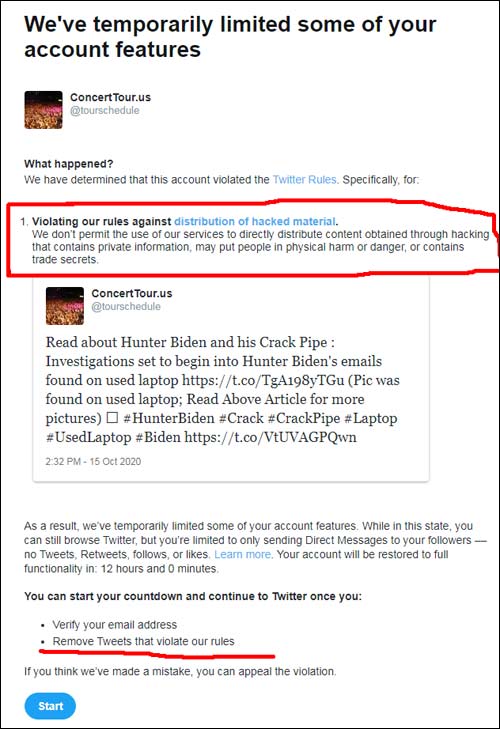 (Click for full size) Twitter LIED when they said ‘the images contained in the articles include personal and private information; the same as email addresses and phone numbers; which violate our rules.’

Twitter, which is now blocking the original Post story from being shared on the platform, claims that it is censoring the article because “the images contained in the articles include personal and private information; the same as email addresses and phone numbers; which violate our rules.” Although we know that Twitter LIED because I personally have seen accounts banned for tweeting this information, and the reason given was that it was ‘hacked’ information and they won’t allow the tweeting of ‘hacked information’ . (See attached picture).  … Please drop your comments below.

America’s Mayor Rudy Giuliani is investigating and he will find out EVERYTHING !

Doesn’t pedophilia run in families? Passed from father to child.