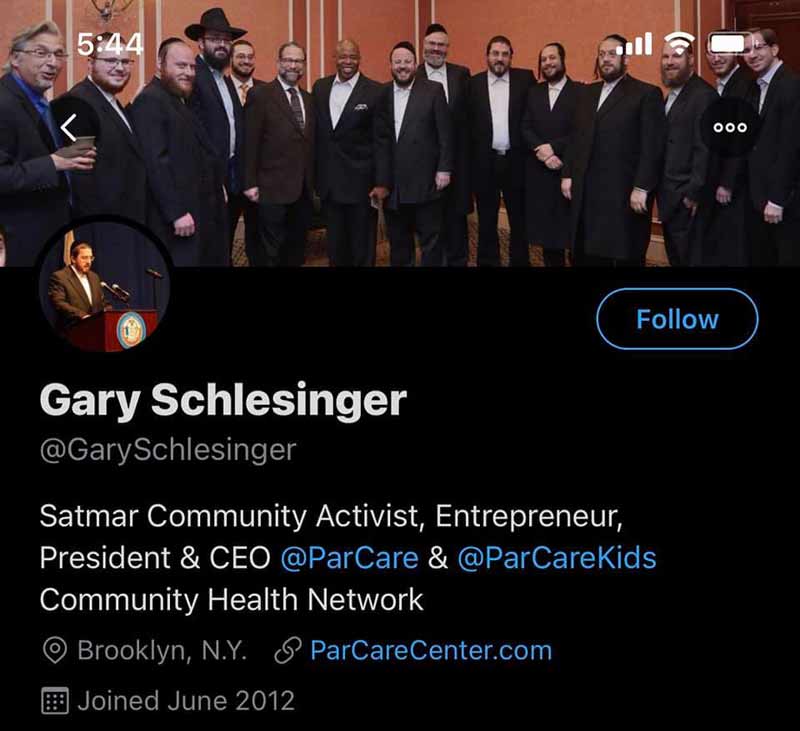 If you weren’t following the news in NY and NJ about the Hasidic communities blatantly not following any COVID-19 guidelines set forth by any of the local leaders, including NJ Governor Phil Murphy, NY Governor Andrew Cuomo and NYC Mayor Bill de Blasio, you missed a flurry of action. In fact Cuomo lost quite a large precedent setting case in NY State which put the legal foot down on him stopping religious gatherings, or limiting them in size. The Hasidic community ignorantly snubbed their noses at every single guideline set in place. Of course a bit later we heard rumors that the coronavirus was spreading like crazy within the same communities that avoided all the restrictions. Now the community needs help. While their environment is almost self sustaining, it still lacks the high tech medical products that is necessary to battle the outbreak. What they supposedly did though, was not ‘kosher‘ at all. 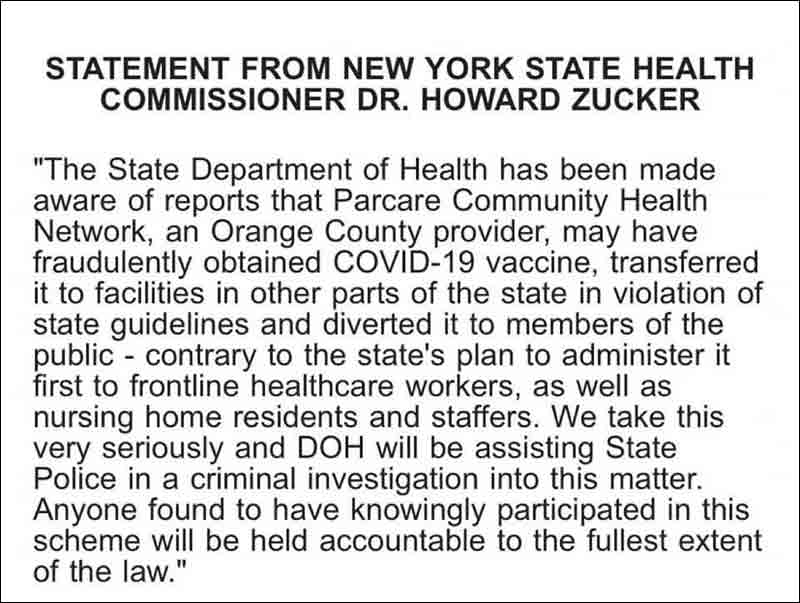 A statement was released by Dr Howard Zucker, who is the New York State Health Commissioner, said :

Instead of ‘waiting their turn’, it appears as if some mishegosh (Yiddish for ‘funny business’) may have taken place. A statement was released by Dr Howard Zucker, who is the New York State Health Commissioner, said “The State Department of Health has been made aware of reports that ParCare Community Health Network, an Orange County provider, may have fraudulently obtained COVID-19 vaccine, transferred it to facilities in other parts of the state in violation of state guidelines and diverted it to members of the public – contrary to the state’s plan to administer it first to frontline healthcare workers, as well as nursing home residents and staffers. We take this very seriously and DOH will be assisting State Police in a criminal investigation into this matter. Anyone found to have knowingly participated in this scheme will be held accountable to the fullest extent of the law.“

Gary Schlesinger (Brooklyn, NY) is the President and CEO of ParCare and ParCareKids Community Health Network. He also refers to himself as a Satmar Community Activist, and an Entrepreneur. While the investigation is presently on going, accusations have been flying that Schlesinger knew and was involved in what happened.