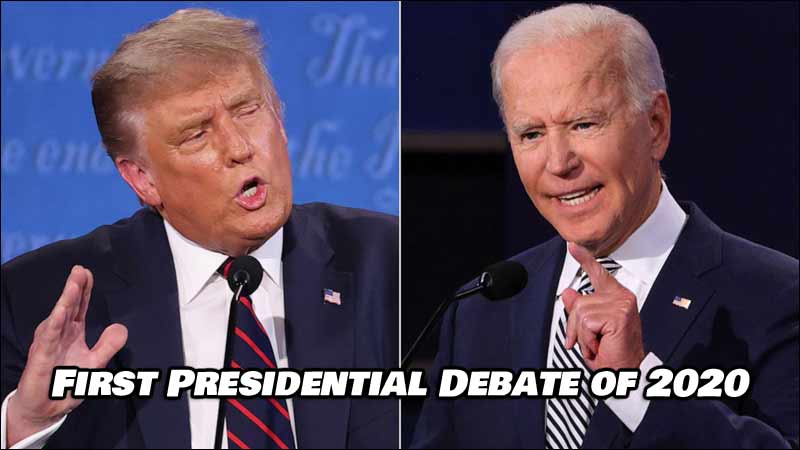 My initial reaction to last night’s debate was that neither Biden nor Trump won and the audience had lost an opportunity to become better informed.

I have since changed my mind.

Trump was put in an untenable position of debating both Biden and Wallace. “I guess I’m debating you, not him,” Trump said to Wallace, adding, “But that’s OK, no surprise.”

Wallace refused to press Biden on the tough questions and constantly interjected with,” we will cover that next,” whenever Trump was making a salient point or making Biden look bad.

Wallace pressed Trump on his tax returns but not on Biden’s Supreme Court picks and plans to pack the court. He didn’t call Biden out for calling Trump a “clown” and he also let him get away with claiming the million-dollar deals in Ukraine or the $1.5 billion the Chinese invested with Hunter Biden had been debunked.

Political commentator Dinesh D’Souza tweeted that Biden was given a “handicap” in Wallace to make the debate “fair.”

“Like a disadvantaged fighter who is given a ‘handicap’ to make it fair, Biden tonight had a handicap, and his name was #ChrisWallace,” he wrote.

Despite all the chaos and cacophony Trump managed to get in a few digs and discombobulate Biden in the process, which was apparently his purpose with all of his interruptions of Biden. I only wish at the points where he had Biden bewildered and stammering, Trump would have stopped talking and given Biden more rope to hang himself. ….. Opinion?? Drop Your Comments Below.

I agree , when you take out sll the yelling and interrupting and listen to the facts you would come up with the same coclysion. And why bring up the new justice nominee unless to put in many minds A ploy to sway the vote

It’s just a repeat of the 2016 debates. All democrats running the show and Hillary handed the questions or even the answers scrolled on her screen. Don’t deny it, dem-wits. The camera passed over her desk before you had the chance to take it off screen.