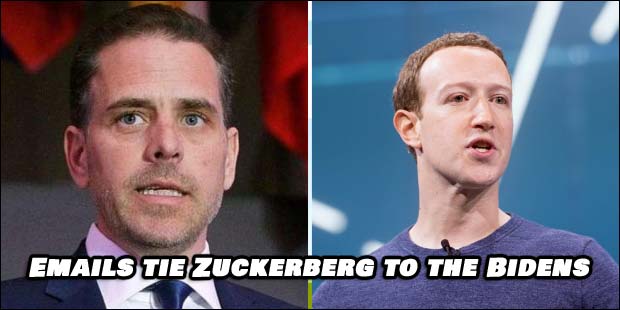 Facebook has always been a little strange for Chinese users. In Mainland China, the CCP (Chinese Communist Party) has set up a giant ‘firewall’ that blocks their citizens from accessing Facebook. Chinese people who don’t live in China rarely use FB either, due to the fact that they can hardly find any of their Chinese friends or relatives on the platform. Most people like to use social media, since it helps them keep connected with their friends, co-workers and family. Since FB has already failed to keep a large group of Chinese users to stay on its platform, it is not easy for FB to attract new Chinese users to sign up.

As one of the biggest social media platforms worldwide, Facebook has over 2.7 billion users, but only about 3 million of them are in China, according to data obtained from statisa.com .

Censoring people’s speech is common in all autocratic regimes (gov’t controlled by one single person with absolute power). This is because dictators always fear the truth, and fear that the truth will always be spread due to free speech. FB’s dream of re-entering China was once up a time a daydream, since the market cannot be open to FB without CCP’s permission.

We all know that CCP won’t give up its tight censorship and scrutiny on social media. But Facebook CEO Zuckerberg expressed his expectation in 2016 that things could be changed in the near future.

How can Facebook CEO Mark Zuckerberg be confident that things could be changed soon? Let’s review what has happened in the recent years.

Since 2017, Social media giants such as Twitter, FB and YouTube have blocked over thousands of the Whistleblower Movement(WM）supporters’ accounts ,including the leader and founder of WM, Mr. Miles Guo Wengui. For this reason, Miles has then led the WM’s followers to established their own free speech social media flatforms – GTV and GNews.

A couple of months ago, when Fox News reporter Tucker Carlson posted a video of “the truth of COVID-19” interview with Chinese virologist Dr Yan Limeng, FB banned Tucker’s post and prevented people from sharing the link, and marked the news as ‘disinformation’.

On October 15th, Facebook took unusual steps to suppress the bombshell story of “Smoking Gun” emails related to Sleepy Joe Biden and his son Hunter released by the New York Post. FB said it would limit the spread of The Post’s story on its own platform.

GTV has released Hunter Biden’s sex videos and photos from the ‘Laptop from Hell’ since October 24th, 2020. All the links to GTV and Gnews have been blocked by FB immediately, and anyone that posted them got either a temporary ban of a permanent ban.

What has made FB changed its online policy? And since when its users are prohibited from posting facts/ truth verified by the justice system on its platform? Just imagine when the western world has also lost its freedom of speech and turned it to terrible place like the communist China?

The question is why Zuckerberg decide to do so? Why censor the TRUE stories released by Fox News and NY Post? The answer is inside Biden’s laptop. 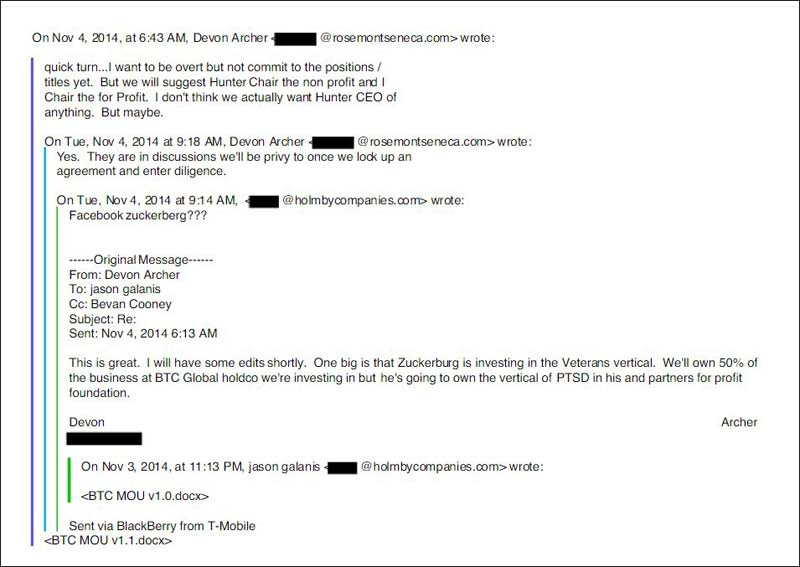 Just one of the damning emails connecting Zuckerberg to the Bidens.

GTV has recently released a document which shows the email trails between Zuckerberg and Hunter Biden’s business partners. (See pic to left. Click for Full Size) As Biden family being CCP’s agent in U.S and fully controlled and compromised traitors, Zuckerberg is also compromised to CCP.

Zuckerberg, you are leading your almighty kingdom of FB to a dead end, since you have sold freedom and democracy to devil’s agent – the CCP. Facebook’s days are numbered, whether Big Tech wants to admit it or not.

I wish that Facebook, Twitter, Google and all the social media companies would be forced to break up!
They are monopolies and that’s illegal!