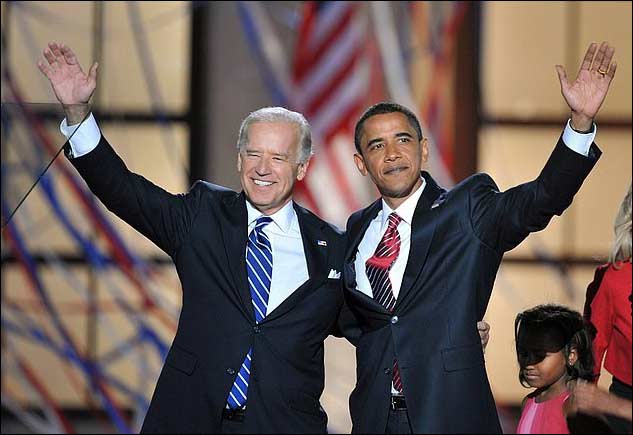 Back in 2008, a starry eyed Barack Obama was a young politician who was full of energy and spoke with great presence. Mix him with an experienced veteran of politics, someone like Joe Biden, a man who had been in politics over 20 years, and the Left had their ‘dream team’. Obama picked Joe Biden to run as his Vice President, and won 2 (two) Presidential elections; one in 2008 and the other in 2012.

Presently we have Joe Biden running in 2020 for President of the United States, the highest office there is. Obama publicly supports Biden for President, although it did take him quite sometime to say it. Barack Obama has referred to Joe Biden as ‘passionate’, ‘respectful’ and ‘dedicated’. The two seemed to always be on very pleasant terms with each other, and neither one ever showed a reason for anyone to think otherwise. Now however, we may have just learned that the relationship between Joe Biden and Barack Obama was a lot deeper and darker than we think. As the Hunter Biden ‘laptop and hard drive’ situation unfolds, we are learning boatloads of information, much of it quite disturbing. What has been exposed ranges from alleged underage sex, drugs, and mafia-type dealings; all from very high ranking officials and people in high places, including Hunter Biden, Joe Biden and Barack Obama. (The pictures appear to show Hunter Biden involved in the sex and drugs. But the money funneling was though all three of them; They all got a slice of the money pie). The dirty deal between Obama and the Biden family has been revealed. 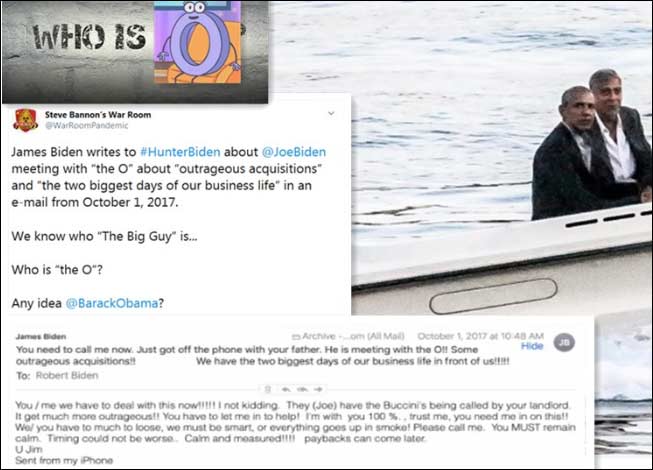 Who is ‘the O’? We believe it’s Barack Obama.

Hunter Biden’s “Hard Drive Gate” has showed us that the Biden family got their hands on tremendous wealth from the CCP (Chinese Communist Party) by stabbing the United States in the back. Hunter Biden was the person who took charge of the corruption trade with the CCP back in 2012. From one of the emails released, the person named after “Big guy” received 10% of the shares in the joint venture between Hunter Biden and the Chinese Communist Party. Later on we found out that “Big guy” was none other than Joe Biden himself. In another released email, James Biden (Joe’s Brother) talked about ‘outrageous acquisitions‘ with “the O” who many people believe is Barack Obama. Joe Biden’s corruption with the CCP involved a large amount of selling out US interests to the CCP. It would be very hard to accomplish this without Obama’s consent, in fact it would be almost impossible to do it without Obama knowing. 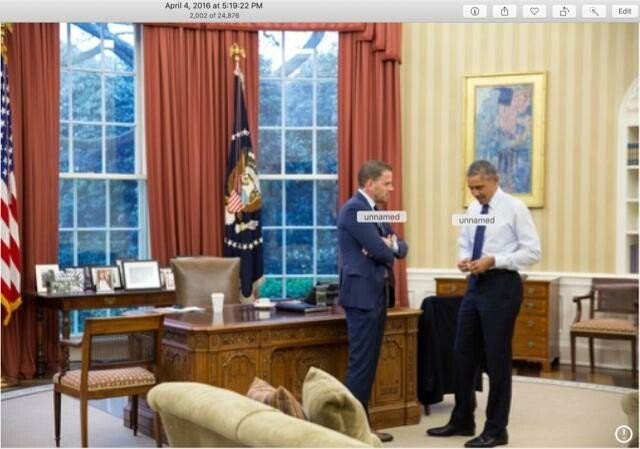 Barack Obama and Hunter Biden in the Oval Office of the White House. The photo was dated on April 4, 2016.

On October 26th 2020, the LuDe Media released a photo of Barack Obama and Hunter Biden in the Oval Office of the White House. The photo was dated on April 4, 2016 (you can see the photo dated on the very top of the photo), when Hunter Biden was in the Oval Office of the White House speaking with Obama. They two spoke about the South China Sea Militarization and other issues including disclosure of CIA Chinese spies and related arms sales to the CCP. Hunter Biden requested that Obama should not interfere in a series of matters including the CCP ‘s militarization in South China Sea. Hunter finally got Obama’s consent and then about 26 hours later, the CCP sent $1,000,000,000 (one billion dollars) to a bank account of the company controlled by Hunter Biden. That was right after Hunter Biden sent and email to the CCP with the photo attached as proof . No one knows exactly how much that money was transferred to an account associated with Barack Obama.

This photo was obtained from Hunter Biden’s computer. According to LuDe Media, this photo was taken by someone in White House controlled by Joe Biden. In addition to that photo, there supposedly was a video recording of every thing spoken about between Hunter Biden and Barack Obama. Somehow without Obama knowing, Joe Biden and his son were able to secretly take photos and videos from all different offices within the White House. The reason Biden would do this is to help the CCP learn things to use as evidence to control Obama. Which would help Biden sell American interests to the CCP in exchange for huge amounts of money to the Biden family (and whoever they promised cuts to). Again, this could NOT have been done without Obama knowing and consenting. … Please drop your comments below.

Sadly, this is not hard to believe given all that we have experienced since the 2016 election. For them to go to such expense and vitriol to undo the election and now what they are doing in this election, they have a lot of things they do not want coming to light. Unfortunately, most of the media and tech companies are doing all they can to keep things from coming to light making the truth that much harder to come to light. Another faction are those deep state actors that are still in positions of power that are working to… Read more »