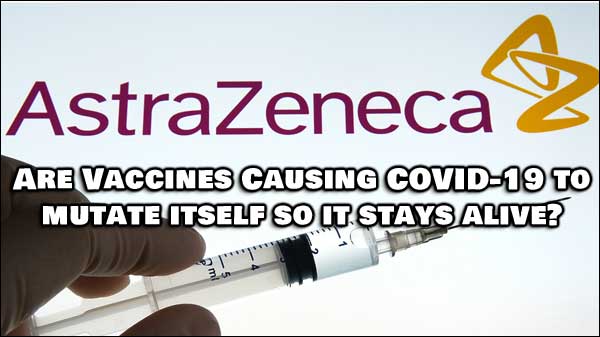 One of the first vaccines to be available to people worldwide was the vaccine manufactured by the company Astrazeneca (we’ve reported in the past about it : http://unapologeticrepublican.com/whats-in-the-astrazeneca-covid-19-vaccine-once-you-read-this-you-wont-want-the-vaccine/ ). The ‘ingredients’ found within the vaccine drew a lot of attention (read our article) and scared people, but it was still rolled out and the questionable components were just swept under the rug. There have been many reports of different side effects, but we’ll hold off on that subject for just a bit. What we are looking at here is the fact that AstraZeneca tested their vaccine on approximately 24,000 people. The ‘testing’ consisted of 4 (four) different trials and took place in 3 (three) different countries; Great Britain, Brazil and South Africa. A report from Denmark concerning this (https://www.dr.dk/nyheder) stated “The vaccine was developed by Oxford University and AstraZeneca. It has been tested on 24,000 people in four clinical trials between the UK, Brazil and South Africa. The trials showed that the vaccine was safe and that 60 percent fewer were infected when vaccinated, compared to those who were not vaccinated. However, the vaccine has primarily been tested in the age group 18-55 years. We therefore do not know how well it works in people over 55 years yet.” (All Article Sources Can Be Found Down Below At End Of Article)

However, something strange began to happen. The 3 countries that AstraZeneca distributed and tested their COVID vaccine on, began to see the COVID virus mutate into something different. First it started in Great Britain. News reports were coming over that the virus had mutated in certain parts of Great Britain and that even travel was halted for a bit. Great Britain referred to the new mutated virus as B117. It’s ‘attack rate’ is reportedly 25% – 40% higher than the original form of the virus. It’s also being reported now that this B117 has it’s own mutations known as E484K (see article Sources down below). If you were to examine the timeline, these new ‘variants’ of the virus did not begin to show up mutated until AFTER AstraZeneca did it’s testing on those 24,000 people.

That’s just Great Britain, now we go onto South Africa. B.1.351 / 501Y: The South African variant is now showing up in both the United States, and Denmark. Back on January 16th, 2021, the first case of this new South African mutated variant showed up on the doorsteps on Denmark. In Denmark, and other countries where this strain is being discovered, it has the same exponential spread rate as the British variant. Last but not least, is the Brazilian variant known simply as P1. The ‘variant’ has just recently shown up in Brazil and not much is known yet, other than the fact that it is a mutated variant of COVID-19. The P1 variant is supposedly linked to another virus variant, known as B1128, but tests are still on going.

What’s even more frightening is the fact that these ‘mutations’ are now being discovered in other parts of the world. The United States of America has seen small breakouts of COVID variants, and Denmark has already discovered 4 different variants; The 3 (three) mentioned above, and a fourth one which is being referred to as “Cluster 1-5: The North Jutland variant” which popped up in the Summer of 2020. .. So while it hasn’t been proven yet without a shadow of a doubt, it does appear that logic would say the vaccines MAY have contributed to the virus mutating. To be honest, it’s just logical. If something is trying to ‘get you’, then it’s just natural for you to make whatever changes necessary so that you don’t get ‘got’. So it is very feasible to come to the conclusion that the vaccines for COVID-19 are forcing the virus to mutate itself to stay alive. … Thoughts? Feel free to drop your comments below.

Doesn’t sound good does it?

Sounds a lot like the common flu. mutates each year multiple times. By the time 1/3of the flu vaccines are distributed, it’s no longer viable in preventing the current strain of the mutated flu.