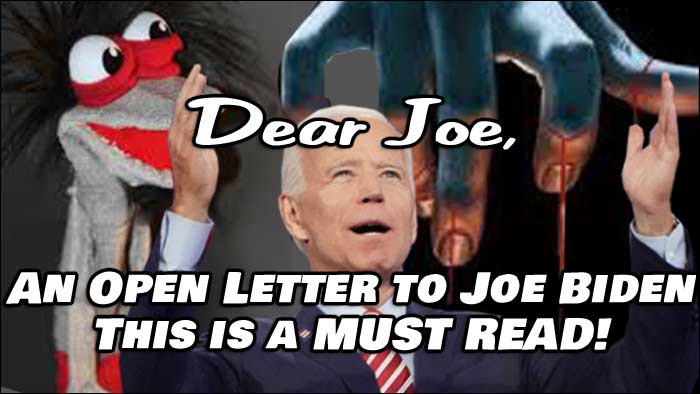 From the looks of it, it seems you’re feeling pretty high and mighty right now, thinking that you won the Presidential election. You’re busy appointing cabinet members and Czar’s, and trying to come up with an original “plan” of what you intend to do in the first 100 days of office. Of course, you’re a plagiarist, and not known for having any original ideas. If you’re actually inaugurated in January (and there’s still a reasonable doubt as to whether you will be), it will be interesting to see whose policies you adopt and try to pass off as your own.

I suppose in one sense you have been a trailblazer. To my knowledge, no one has ever won the election by staying in their basement and refusing to answer questions. We watched as Trump worked tirelessly day and night, rallying the support of thousands of people out on the campaign trail, while you did nothing. You never even broke a sweat. Oh sure, you got out a couple of times…if I remember right, you drew about 10 people, eight of which were media. There were never any thunderous applause or people chanting your name, and do you want to know why? Because you’re about as charismatic as tofu. Your whole strategy was “I’m not Trump”, which turned out to be the only true thing you’ve ever said.

In the months leading up to the election, the American people waited to hear from you. We wanted to know if you were as outraged as we were by Antifa and the violence unfolding on our streets…but all we heard from your camp was crickets. We wanted to know your stance on de-funding the police and fracking, but after hearing you flip-flop half-a-dozen times, we realized that your right hand didn’t know what your left hand was doing. You didn’t seem to have a solid understanding of WHERE you stood on the important issues. We shouldn’t have been surprised…half the time you didn’t even know where you were, or what office you were running for. And by the way…Jill Biden is your wife, not your sister.

You were a well-greased propaganda machine when it came to spewing hatred of Donald Trump. Then at other times you were unintelligible and barely able to put two sentences together…even with the help of the teleprompter. We were left to deduce that you had nothing substantive to say about issues we were concerned about. And, least we ever forget…there was that moment when you told the American public that we didn’t “deserve” to know your plans.

The democratic party, tech companies, and the media refused to acknowledge your glaring inadequacies in their commentaries. Make no mistake about it…they didn’t carry you because of their respect and admiration of your past achievements…it’s because you serve their purpose of getting in the door of the White House. You are a means to an end, and that’s all. The ones who helped to get you elected (although the jury is still out on that) are 3 steps ahead, and are undoubtedly busy plotting and devising a plan to be rid of you once they have the office of the Presidency secured. You see Joe…it was never about you. It was about an agenda.

You and your party have dishonored yourselves by committing the biggest fraud in American history. Whether you were aware that illegal voting shenanigans were going to take place ensuring your win, I don’t know. You were either clueless, or you sold your soul to the devil. It can only be one or the other. You seem to be mentally frail…so I ask you to find a lucid moment and ask yourself how you got to where you are. Do you really think you won the Presidency based on your own merits? Perhaps you think you won because you’re “a nice guy”? To use your own words Joe – “Come on Man! Are you on crack?”

While you and other democrats and progressives are busy patting yourselves on the back and enjoying your premature victory celebration, know that 74 million voters (and counting) are mad as hell that we were cheated out of a fair election. Know that you will never be the people’s President.

You will never fill Donald Trump’s shoes, neither will you win the love or command the respect of the American people. Instead of multitudes of adoring fans chanting your name…all you will hear is crickets. Sound familiar? A hundred years or more from now, you WILL be remembered though. Your legacy will live on and on for all time…as a liar and a cheat…and when all is said and done, it will be found that your contribution to American History was about as significant as a flea on an elephant’s behind.

What do you think? Please drop your comments below.

Great letter! Too bad we all know this but he will never get it, the letter or the concept

Much too nice. No mention of treason with China and Ukraine and Hunter’s actions in those countries. If we are mad as hell he needs to know it in no uncertain terms!

You got it all correct. I’m with you. And now that the Supreme Court has thrown out the Texas complaint I believe the only thing left to get rid of all these communist is for our President to call Insurrection. He’s got to get rid of these political mobsters AKA deep state. Left alone they will destroy our country so they have to be stopped. Another way is civil war. Many are chatting about it. Not so sure I want to see death of Americans.

I fear it will take civil war to get their attention. I hope not.

Biden will never be legitimate. Great letter. Biden is a tool to the agenda. An agenda I fear more than the clueless geriatric shell. Everyone knows he cheated. Everyone. Never be the peoples president. 23% are happy; 27% angry; 50% are still clueless.