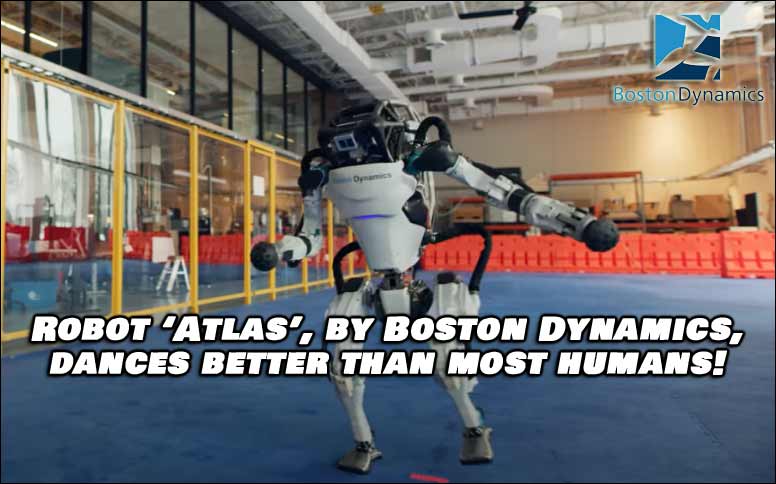 Boston Dynamics was founded in 1992 as a play-off of the Massachusetts Institute of Technology. Their headquarters is in Waltham, MA and they have been owned by the Hyundai Motor Company since 2020. Recently they have made huge internet waves featuring a very intricate dance routine feature their robots Atlas, Spot, and Handle. A lot of people were skeptical that the robots could actually dance better than humans, but one thing is for sure after checking this video out, they dance a heck of a lot better than me. (Watch Atlas dance in the video below. According to Wikipedia, Atlas is a bipedal humanoid robot primarily developed by the American robotics company Boston Dynamics with funding and oversight from the U.S. Defense Advanced Research Projects Agency)

The video caught the attention of Tesla CEO Elon Musk, who quickly stated, this is not computer-generated imagery, or “CGI”. Maybe this is how the robots will dance after they take over humans. Although many people do see AI taking over, some think it is unlikely. While I can’t say one way or the other definitively, I definitely put a lot of stock into technology and where it is going in the world. Automated machines have already taken over ordering at many fast-food restaurants throughout the world, and the technology is available to replace the cooks as well. Now that these robots have proved they have the “moves like Jagger” who knows what they will do next. Do you fear of AI taking over in our world, or embrace it? Let us know below.

(This is just absolutely amazing to watch. According to Boston Dynamics, there is NO CGI used in this at all)
Robot Atlas Gets Down & Boogies To ‘Do You Love Me’