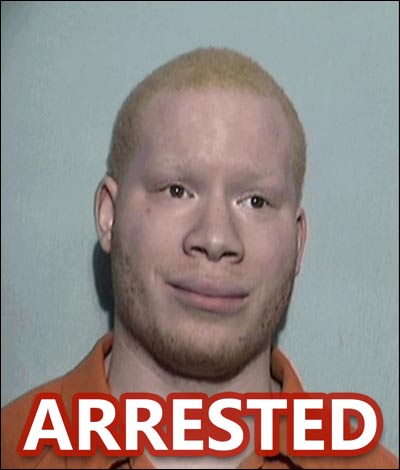 BLM Leaders are Turning out to be nothing but frauds and criminals. Sir Maejor Page is one of the latest.

What is being pushed as a ‘movement,’ Black Lives Matter and their reported ‘leaders’ are turning out to be nothing more than wanna-be gangster thugs. It appears as if they’re trying to take a cue from the big-time Italian mob/mafia, but these so called BLM leaders are turning out to just not have the intelligence to pull off anything more than smash, burn, loot and riot. In one very recent case, a young man named ‘Sir Maejor Page‘ (who Google has labelled as an ‘Actor’ and a ‘Model’; real name is Tyree Conyers-Page) took it upon himself to ‘take a slice of the pie’ by stealing approximately $200,000 from donations that were made to BLM. On or about September 25th, 2020, the FBI and the Toledo Police Department raided the home of Sir Maejor Page and removed a van full of many large boxes and other items; Things he bought with the money he stole. The police even carried out a fire pit from the back yard. One of the boxes required 3 (three) law enforcement officers to lift into the van. It appeared to be a window air conditioning unit but it could not be clearly made out. He’s been federally charged with the follow crimes : one count of wire fraud and two counts of money laundering. He fraudulently used what is classified as a non-profit organization by misrepresentations and posing as a leader of the Black Lives Matter movement.

Back in 2018, Mr Page solely ran a Facebook page called ‘Black Lives Matter of Greater Atlanta (BLMGA)’. It was set up as a charity which allowed him to accept donations. He also opened a GoFundMe account at some point and there too was listed as a non-profit organization. At first he was slick, the bank account he opened never had more than $5,000 in it. He would remove money from the account just before it would hit the $5,000 mark. However, in 3 months (June, July, August 2020), he received over $465,000, and used a debit card to finance his lifestyle with expensive restaurants, assorted entertainment, guns, clothes, furniture, suits, home alarm and monitoring systems (for security), and much more. He even went as far as to take $112,000 and buy a piece of empty property that stood near his residence. The house was put under the name of an organization named ‘Hi Frequency’, which turns out Mr Page is one of the leaders of. You must be some real low-life to do what this idiot did. I hope he gets to spend a whole lot of time in prison. We’ll have to keep an eye on his case, and we’ll keep you updated. …. Thoughts? Drop a Comment Below.

As you said, he’d been ‘posing as a leader of the Black Lives Matter movement’. He definitely was NOT a leader of the BLM movement. Your headline insinuates that he IS a BLM leader, and that ‘BLM leaders are turning out to be nothing but frauds and criminals’. He is not associated with BLM in any way at all, and his actions should not reflect on BLM leadership.

There’s no official BLM headquarters or Organization website that lists Board of Directors, or other head positions. That’s what was meant. It’s like you opening a BLM chapter in your town. No ‘official’ person from BLM is going to visit you and sue you for using their name without permission … the whole entire thing is a fraud.

It looks like something the MOB/MAFIA would have set up, if they were brain damaged : https://capitalresearch.org/article/the-organizational-structure-of-black-lives-matter/