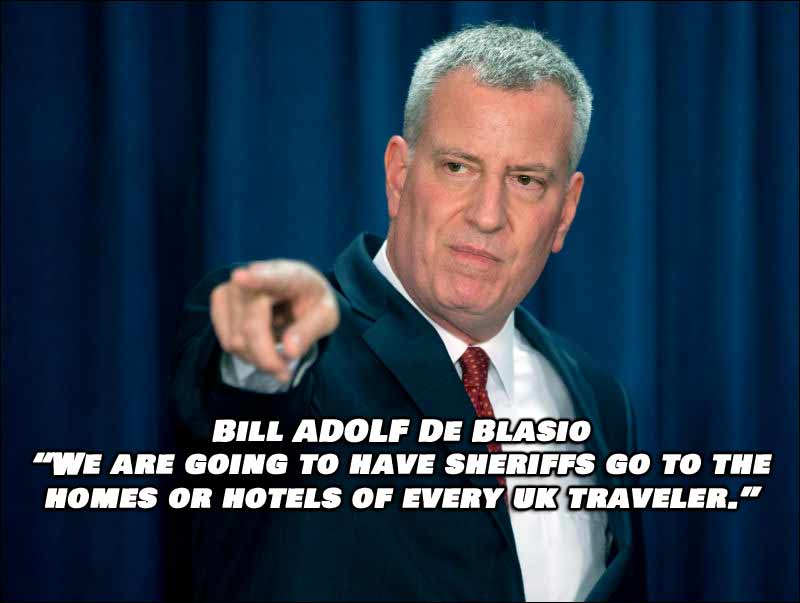 De Blasio laid down his Gestapo like hammer as to what will happen with all travelers coming to NYC from the United Kingdom, “We’re Going to Have Sheriff’s Deputies Go to the Home or the Hotel of Every Single Traveler Coming in from the U.K.” .. But that’s not all he said.

De Blasio began his ‘lecture’ with “So let’s talk about the holidays and what you have to do, first of all, I’m going to say it again. I know our health commissioner will say it a thousand times as well. If you don’t have to travel, do not travel. Just cancel your travel plans. Stay local, stay safe. If you’re doing any kind of gathering, keep it very small, keep it very safe. Practice distancing, wear masks.“

Take a listen for yourself to the video below, he said a lot more than just the above.

What do you think of Mayor Bill De Blasio and his ‘orders’? .. Please let us know in the comments below.