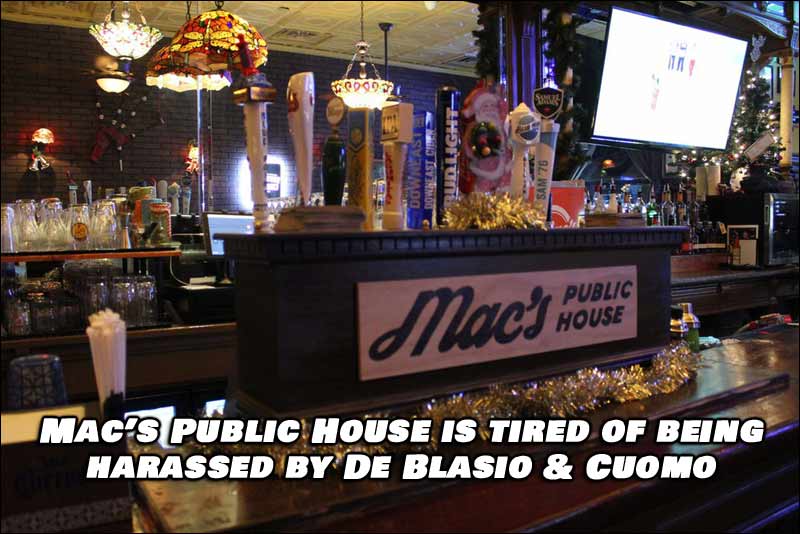 The owners of Mac’s Public House, which is on Lincoln Avenue in the Grant City neighborhood of Staten Island, are fighting back on the regulations brought forth by Mayor Bill De Blasio and Governor Andrew Cuomo. Taking a page out of Seattle’s playbook from Chaz, the owners have declared their bar an ‘autonomous zone‘, and are prepared to fight the city and state every step of the way.

“At this point, we’re OK with it, because we’re not paying it,” co-owner Danny Presti said of the fines they have received for continuing business. “The Sheriff’s Department is issuing us $1,000 fines, so they keep coming back. We’re still here. We’re not letting them in.”

Not only are they facing thousands of dollars in fines, the pub is also facing shut-down order from the state Health Department and a revocation of its liquor license from the State Liquor Authority.

My favorite savage moment of the video was him referring to the Mayor as De Bozo.

Cuomo has recently been smacked down by the Supreme court with his sanctions against Houses of Worship, and we fully expect them to do the same and stand up for these hard working American business owners.

VIDEO : Staten Island – Macs Public House fined $15,000 in fight for their right to provide for their family

Do you think the government should shut this business down and revoke their liquor license? Let us know in the comments below.