An Editorial by Robin Johnson

An Editorial by Robin Johnson 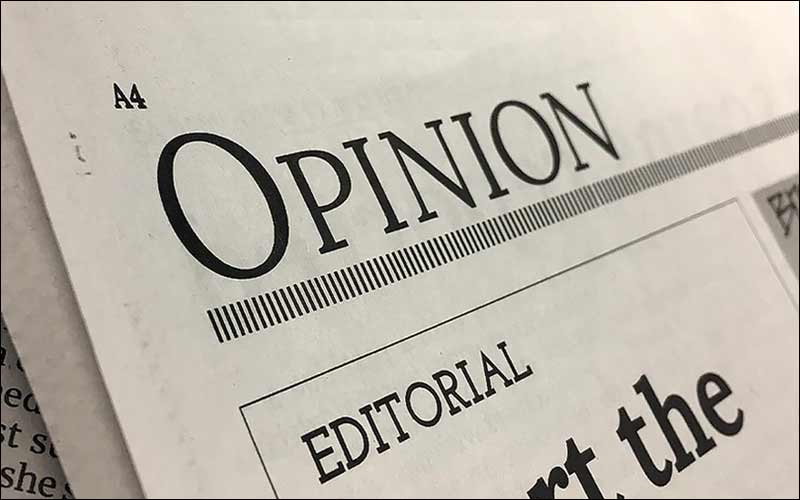 An editorial written by Robin Johnson

For those who feel that “we should never talk about certain things”, well, there is a time and place and it is emotionally unhealthy to behave as if some things are taboo, especially if they may end up helping someone else in a similar situation. Considering the opinion some have that we should not even think that anything could ever happen to our President, these are my thoughts (though I appreciate your right to have your own).

Jesus knew the enemies he faced and never acted if they weren’t real. He grew up knowing that if God hadn’t saved him, he could have been among the infants that were slaughtered. That was a very real and terrible thing that happened, and his earthly father was warned to take Mary and the infant Jesus and flee to Egypt. If Jesus was never in any kind of danger, why would God have warned Joseph and instructed him to leave? I’m not saying that angels might not have been sent to protect him, but God was using a very real situation and gave a purposeful order. In other words, we don’t presume upon the grace of God, such as when Satan tried to tempt Jesus to fall off a cliff so that the Lord would save him. Jesus replied “It is written, thou shalt not put the Lord God to the test”. (Luke 4:12). While he clearly knew that God could save him, he wasn’t going to deliberately put himself in a situation to where He would need to.

I once had to escape an abusive environment. It was a frighting thing, and when I had reached out for help before it wasn’t given. I was young and didn’t know what to do. Since my children were never hurt (and in fact, I was never hurt in front of them), it was easier keep going through the motions while loving and raising my children. I blocked out much of what happened and focused on being a good mother. To live in fear each day is exhausting, and like some women, the abuse I suffered was not constant and seemed to come out of the blue. The day came where I knew that God had provided a way for me to escape, through a friend of mine. Finally, someone cared, and showed me how to get out of the situation I had found myself in. I listened to God’s nudging, accepted the help that was offered, and found a safe haven. I never looked back. A restraining order kept me safe, and my children and I continued to live out of lives, now in peace and safety, though they had never really known that anything was wrong. Thankfully I had been the target of his anger and control, and not them.

Evil is real. It happens. I could have claimed scripture and said “Nothing’s going to happen to me”, but that wasn’t my reality. I also realized that remaining in this environment might end up costing me my life.

Having faith doesn’t mean denying that there is a valid threat to someone. The only way we can pray against that evil is to first acknowledge its existence. To pretend it’s not there is not only dangerous,, it’s unbiblical. The bible never hesitates to tell it like it is, good, bad or ugly.

Someone mentioned they were concerned that someone might try to hurt our president. I have felt concern about it too. On the one hand, I do have faith. On the other hand, we do face death in this country at times, and having lost a loved one from an accident, it would be foolish for me to think that our president was somehow above anything ever happening to him. Life has taught me otherwise.

I pray that he gets through this. I pray that he is kept safe. Yet there is a very real and true evil in our country, playing out right before our eyes, and we cannot uphold President Trump in prayer unless we are first willing to acknowledge a very real and valid threat, that those who hate him would desire his destruction, and that this virus which has affected much of the world has also now affected him.

Thankfully, he is already feeling better, and getting the tiny bit of rest the doctors have encouraged him to get. Watching him at the hospital table, working for the public, was touching to me. And I smiled and thought, “At least he took off his tie.” By the way, any who may have hoped this situation would set him back – I wonder if they realize that instead the entire world is showing their love and support for him. May God grant us the blessing of having him as president for another four years.

An editorial written by Robin Johnson … Have an opinion? Drop your comments below.

You have a real knowledge of the meaning of scripture. I too believe in prayer because there is so much evil out there.

I too have had to flee abuse and she is totally right. God is in control and has a plan for all of us. Also evil is very real as well.

Amen. I’m so sorry for the abuse you went through but glad you had the wisdom and help you needed to get away. I pray for our President, our Vice President, their families, and our country.