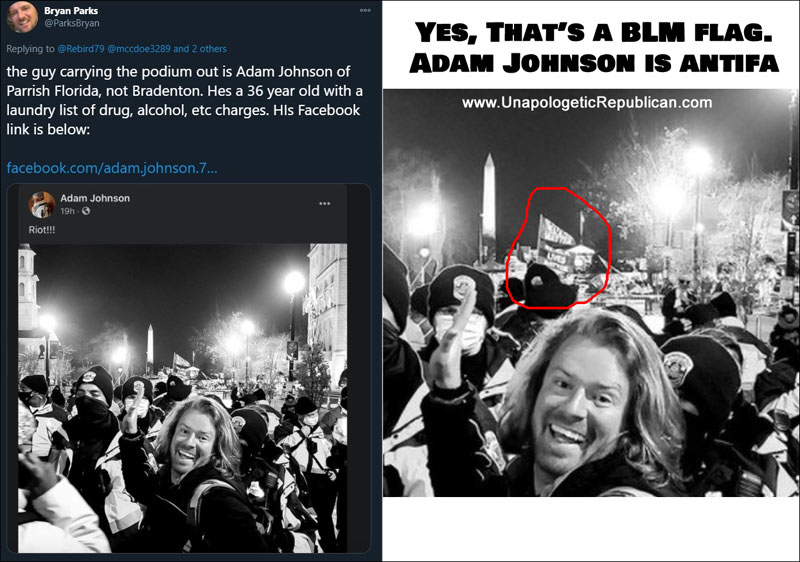 Adam Johnson of Parrish, Florida is the infamous bearded dude who was pictured walking around the Capitol building with the podium that Nancy Pelosi stands behind when she addresses the floor (pic below). In the photo of him carrying the podium, he’s smiling and wearing a large TRUMP ski-cap that has a large pom-pom ball on it. Immediately the Left and Liberal Media began to call it as they saw it; a Trump supporter ‘stormed’ the capitol and this one guy stole Nancy Pelosi’s podium. They are condemning Trump for ‘inciting’ all the violence, and have also said that the ‘protesters’ were ‘following his orders’. There are even articles of impeachment being drawn up as I type this.

WE, on the Right, know that there were definitely tens of thousands (if not hundreds of thousands) of Trump supporters at the capitol on January 6th, and we also know that the violence was caused by planted antifa, BLM, in collaboration with some DC police and members of congress. The Left is calling Adam Johnson a devote Trump supporter, and are using a single picture to back up there claims. Well, we’re here to debunk that. We found a picture of Adam Johnson representing his REAL SELF (See Above Pic, Click For Full Size or see it below too). As far as I know, he has removed this photo from his FB profile already. But people are quick. Enjoy the spotlight antifa scum! In the photo we found, you can clearly see it was taken at a Black Lives Matter ‘protest’ .. Look at what is circled in RED. Adam Johnson is Antifa / BLM.

Pic That The Media Shows You 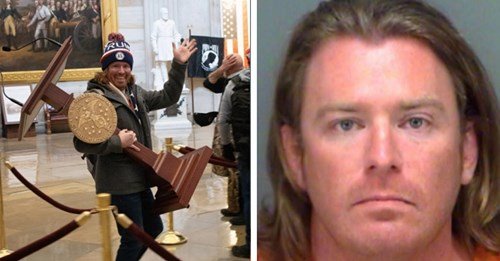 And then there’s this :

At this point, what difference does it make?

A big difference, to the law